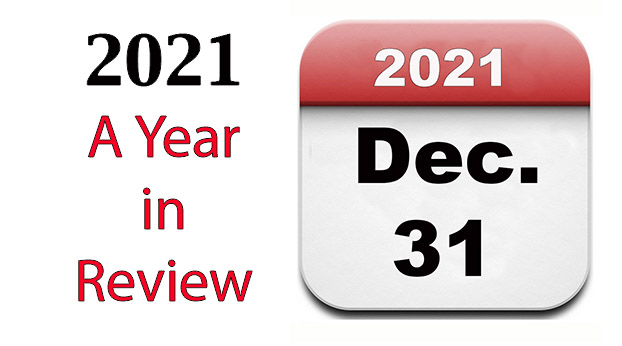 The past year has been one filled with good news and bad; fun times and hard times. As we look back on 2021, The Interior Journal would like to share with our readers the top stories of 2021 based on visits to our website, www.theinteriorjournal.com.
As of Dec. 27, 2021, we have welcomed more than 250,000 visitors to our site. While there, they have read stories and viewed photographs about local government news, area crime, sports, and more.
Below is a listing of the top 10 stores of 2021, along with the number of visitors who looked at each story on our website, and a brief portion of that story.

Web Page Visits – 2,176
Publication date: April 6, 2021
Due to severe under-staffing at the Lincoln County Regional Jail, the Lincoln County Fiscal Court met Saturday to discuss an emergency shutdown of the facility.
Employees at the LCRJ say they ‘fear for their safety,’ according to Jailer Rob Wilson, and have voiced their concerns to him, which he passed on to the fiscal court Saturday morning.
Lincoln County Judge-Executive Jim Adams called the meeting Saturday with all magistrates in attendance.
“The reason I called this meeting is…you guys were forwarded the text message from Rob Wilson…that explained he was of the opinion that our employees and our inmates were in physical danger because of low staffing,” Adams said. “I immediately reached out to Frankfort and got their opinion about an emergency shut down because of personnel.”
Adams said Frankfort advised the county to make that decision locally, so that the jail could possibly reopen. If they close us down in an emergency because of personnel, we would not be allowed to reopen.”

Web Page Visits – 2,193
Publication date: July 5, 2021
A woman was pronounced dead at the hospital following a two-vehicle collision in Crab Orchard Friday night.
Vicky Boggs, 50, of Crab Orchard was pronounced dead at about 1 a.m. Saturday morning, according to Lincoln County Coroner Farris Marcum.
It was around 8:30 p.m. on July 2 when Boggs was driving a Buick passenger car and turned from Hwy. 643 onto U.S. 150 into the pathway of a Ford pickup truck, according to Lincoln County Sheriff’s Deputies. Boggs’ vehicle was struck in the driver’s side door.
The three other people involved in the accident were injured, according to K9 Sgt. Michael Mullins, but were not in critical condition.

Web Page Visits – 2,597
Publication date: Feb. 23, 2021
Lincoln County Sheriff’s Deputies arrested three people following a lengthy narcotics investigation.
On Feb. 19 at about 9 p.m. deputies executed a narcotics-related search warrant at 6811 Ky. Hwy. 698 in Lincoln County.
During the search, deputies located suspected methamphetamine, baggies and “other paraphernalia consistent with the use or trafficking of narcotics,” said K9 Deputy Michael Mullins.
The suspected methamphetamine was located inside the closet area of the home, according to Mullins.
Three people were arrested Feb. 19 including 48-year-old Phebe J. Wilson and 38-year-old Joey Gould, both of 6811 Ky. Hwy. 698, and 29-year-old Randall Mitchell, of Danville.

Web Page Visits – 3,341
Publication date: Jan. 4, 2021
Brandon Fisher is back at work as coach of the Lincoln County High School girls’ basketball team.
Fisher, who was hired in April of 2020 as coach and also as a teacher at Lincoln County High School, was suspended in December following an investigation. That was announced in a statement released by Lincoln County Schools Jan. 4.
According to that statement, allegations began against Fisher on Dec. 15. Upon reviewing the allegations Superintendent of Lincoln County Schools Michael Rowe launched an investigation into the girls’ basketball program which consisted of speaking individually with 19 different players, all three assistant coaches, as well as support staff.

Web Page Visits – 3,391
Publication date: June 7, 2021
A homicide investigation is underway after a man was found dead on the side of the road on Ky. Hwy. 3246 early Sunday morning. The lead detective in the case says it was likely caused by a hit and run.
Kiwandi Deilo Freeman, 47, of Georgia, was found by property owners on Fall Lick Road (Ky. Hwy. 3246) at about 7:15 a.m. Sunday morning, according to Lincoln County Sheriff’s Detective Rob Oney.
Lincoln County Coroner Farris Marcum pronounced Freeman dead at the scene at about 8:10 a.m.
Freeman’s body was sent to the Medical Examiner’s Office for an autopsy and multiple internal injuries were discovered, Marcum said.

Web Page Visits – 3,392
Publication date: Feb. 1, 2021
A woman was pronounced dead by the Lincoln County Coroner following an automobile accident on Ky. Hwy. 643.
Coroner Farris Marcum said 25-year-old Kathleen Phillips was pronounced dead on the scene on Saturday, Jan. 23, after being partially ejected from her vehicle during an accident.

4. Man shot in stomach during dispute

Man shot in stomach during dispute

Web Page Visits – 3,694
Publication date: Jan. 7, 2021
A man has been arrested after allegedly shooting another man in the stomach during a dispute, according to the Lincoln County Sheriff’s Office.
Charles Douglas, 48, of Waynesburg, was arrested early Tuesday morning and charged with first-degree assault and first-degree wanton endangerment, according to Lincoln County Sheriff’s Detective Rob Oney.
Oney said Douglas is accused of shooting Tyler Price once in the stomach with a .410 shotgun round out of a Taurus Judge firearm.

Web Page Visits – 3,881
Publication date: Aug. 26, 2021
A 19-year-old female from Crab Orchard died after a motorcycle collision Wednesday evening near Cedar Creek Lake, according to the Lincoln County Coroner.
Leah Merkel, 19, of Crab Orchard was pronounced dead at the scene at about 6:35 p.m. on Aug. 25 by Coroner Farris Marcum.
“…was traveling eastbound on U.S. Highway 150 near Cedar Creek Lake, she (Merkel) was the operator of a motorcycle,” Marcum said.

Web Page Visits – 4,129
Publication date: May 6, 2021
Kentucky singer Alyssa Wray found out she didn’t make it into the top seven contestants on this season of ABC’s “American Idol” on Sunday night. It was following Disney night on the show, when she sang “A Dream is a Wish Your Heart Makes” from “Cinderella.”
She donned a sparkling white dress inspired by the movie and gave what celebrity judge Katy Perry called her most controlled performance so far, and celebrity judge Lionel Richie said she did a good job holding onto suspense and saving her singing personality and big notes for toward the end of the performance rather than giving them to the audience upfront. Celebrity judge Luke Bryan also complimented the singer.

Web page visits – 9,583
Publication date: Dec. 14, 2020
A reported overdose led Lincoln County Sheriff’s Deputies to a home on Hatcher Road where they found a woman deceased on the porch and a man and three children inside.
The man was later cited for multiple drug-related charges after a search warrant was executed and deputies allegedly located suspected heroin, drug paraphernalia, and a large amount of cash.
According to the citation, deputies responded to the call at about 10:21 p.m. on Dec. 11 along with Lincoln County EMS and Fire and Hustonville Police Chief Allen Weston.