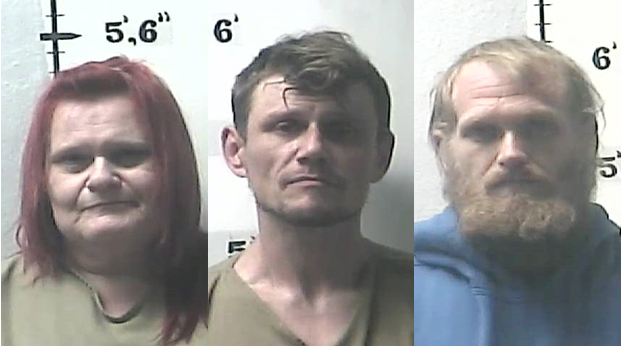 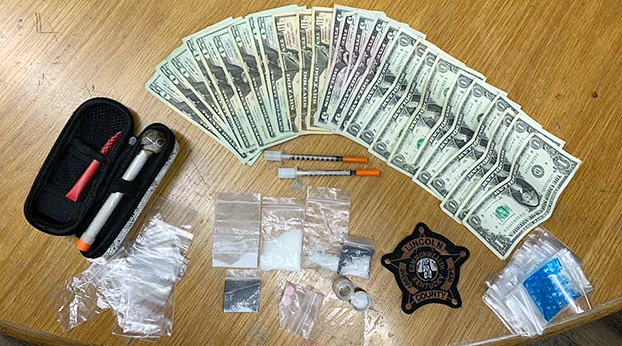 A narcotics-related search warrant at a residence on Ky. Hwy. 698 resulted in three arrests. – Photo Courtesy of LCSO

During the search, deputies located suspected methamphetamine, baggies and “other paraphernalia consistent with the use or trafficking of narcotics,” said K9 Deputy Michael Mullins.

The suspected methamphetamine was located inside the closet area of the home, according to Mullins.

“After placing the female into custody, she stated that she had some ‘ICE’ or methamphetamine, and “H” or heroin, inside of her bra,” Mullins said.

After arriving at the Lincoln County Regional Jail, Wilson was searched and found in possession of a bag with five baggies inside it; two containing methamphetamine, two containing heroin and one which had two suspected suboxone inside.

The case remains under investigation by K9 Deputy Michael Mullins.