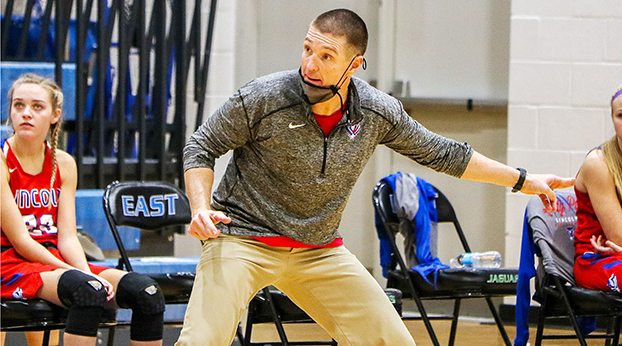 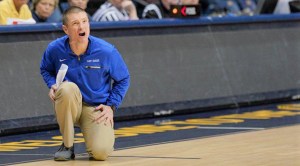 Brandon Fisher coached at Graves County prior to coming to Lincoln County in April of 2020. – Photo courtesy of The Paducah Sun

Brandon Fisher is back at work as coach of the Lincoln County High School girls’ basketball team.

Fisher, who was hired in April of 2020 as coach and also as a teacher at Lincoln County High School, was suspended in December following an investigation. That was announced in a statement released by Lincoln County Schools Jan. 4.

According to that statement, allegations began against Fisher on Dec. 15. Upon reviewing the allegations Superintendent of Lincoln County Schools Michael Rowe launched an investigation into the girls’ basketball program which consisted of speaking individually with 19 different players, all three assistant coaches, as well as support staff.

The district also contacted former employers of Fisher who were also consulted upon his initial hiring.

Fisher was suspended with pay pending the findings of the investigation.

“Principal Michael Godbey and Athletic Director Tim Estes brought the allegations to me back on Dec. 15, and we immediately started looking into them,” said Rowe. “I suspended Coach Fisher with pay while our staff conducted the interviews and discussions with players and staff. That is normal procedure for a superintendent when it is determined an investigation is needed to look into alleged employee actions.”

“Upon the conclusion of the investigative report, it was concluded no criminal activity had taken place. I determined it was appropriate for Coach Fisher to return to his position as head coach and gave him a formal letter listing the district’s expectations on Dec. 22. I reinstated Coach Fisher to begin practice again with the team on Dec. 28,” Rowe added.

The release stated that on Dec. 28, Rowe, Godbey, and Estes held a team meeting open to all parents and players to discuss the process of the investigation.

“We had hoped to wrap up the entire investigation by the 28th, but while conducting the first phase we uncovered other things that warranted more time to look into,” explained Rowe.

“One assistant coach resigned during the investigation and one assistant remains suspended (with pay). We hope to resolve all personnel matters, including replacing the assistant coach, as soon as possible,” added Rowe.

“I want to commend Mr. Estes and Mr. Godbey for promptly bringing this to my attention. It is a misconception to think that a high school principal or AD hires and fires employees. Only the superintendent has that ability. I fully support the job Tim Estes and Michael Godbey do for our school and athletic department,” said Rowe.

Attempts to reach Fisher for comment have not been successful as of press time.