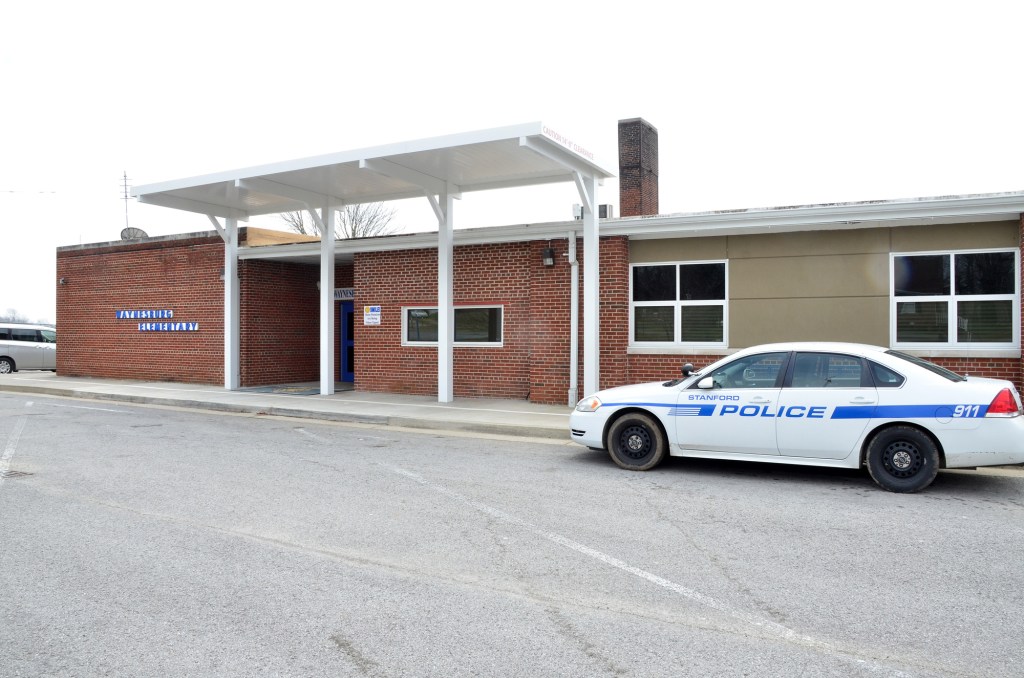 A STANFORD Police Department cruiser sits outside Waynesburg Elementary School Thursday afternoon after a threat was called in concerning the school's campus.

Administrators with the Lincoln County School District were present at Waynesburg Elementary School Thursday after 9-1-1 received a call of an anonymous threat to the school’s campus.

The added presence followed a call from local law enforcement notifying Lincoln County Board of Education officials of the threat against the school, according to Michael Rowe, Superintendent of Lincoln County Schools.

All parents received phone calls through the district’s automated system to inform them of the situation. Rowe released details of the threat in the all-call message sent out at 9:09 p.m. Wednesday evening.

“An anonymous threat against Waynesburg Elementary School was received by local law enforcement late today,” he said. “While details of the threat are being investigated and cannot be released publicly at this time, I can disclose that district safety measures and protocols are being followed to ensure the safety of our students.”

In a press release sent out by Rowe Thursday afternoon, he explained the decision not to cancel school after the threat.

“While we always take these situations very serious, district administration along with law enforcement, determined after substantial consideration that the situation did not represent any danger and school would continue as normal,” he said. “As an extra precaution, local law enforcement presence was increased both at Waynesburg Elementary School and throughout the district.”

“Rest assured that student safety is our No. 1 priority,” Rowe said.

As of now, authorities have no clue as to who made the threat.

“While this threat is anonymous and cannot be verified, no threat – big or small – is taken lightly,” said Rowe. “And those who chance making a threat will be punished.”