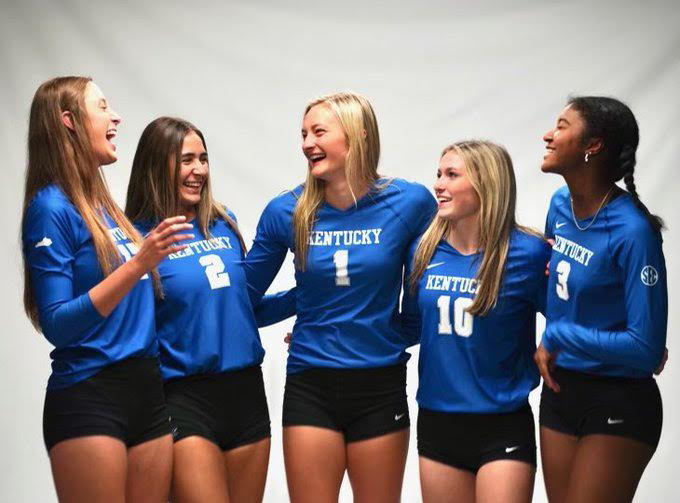 Her team had lost to the same team in the regional finals for three straight years before Brooke Bultema and Ursuline Academy reversed that trend this year and went on to win the Ohio Division I state volleyball championship.

“We have eight seniors on our team who had been through that loss three times and we did not want to feel that way again,” said Bultema, the player of the year in Ohio and a Kentucky signee. “Our team was so player-led and we had a great team culture.

Bultema is a big-time talent addition for UK coach Craig Skinner. She had 1,046 career kills along with 423 blocks, 70 digs and 62 service aces. She had 385 kills and 105 blocks her senior season.

She credits her teammates for her high number of kills. She worked to build a connection with her setter as well as her approach angles to make it harder to read where she was going with the kill.

“This year I often faced a double or triple block and had to find ways to work around it,” Bultema said. “But that will only help me adjust easier at UK and find the open court.”

The 6-3 Bultema was measured with an approach jump of 10 feet, 4½ inches at the last Kentucky volleyball camp she attended.

“That was after I had played in a volleyball tournament and not on fresh legs,” she said.

Bultema’s team has one unique tradition — every player gives up social media during the season.

“The tradition started before I got to Ursuline as a freshman. For me personally it was not very hard to do. I am not on social media a lot. It helps eliminate any room for drama or outside pressure when we do that. I personally love it and it is good for our team culture,” Bultema said. “It’s just a requirement that we do that.”

However, she does have an engaging personality. After her team’s state championship, all three team captains made radio show appearances in Cincinnati, including one with the legendary Bill Cunningham on WLW.

“I was super pumped about that. A lot of people know who he is and actually listened to the interview,” she said. “I did not know him prior to the interview but it was fun and I was happy we got to do it.”

“I had met some of them at club tournaments and after we committed we reached out to each other and connected,” she said. “We all got to meet together for the first time at Kentucky on a visit and we definitely clicked. I love our group.

“I feel like we are all competitors who love the game of volleyball. We love Kentucky and the people there. It’s an amazing group of players I am coming in with. One reason I love Kentucky is it is family there. They all support each other so well and I love the fight the players have.”

She was named an Under Armour All-American and got to participate in the annual all-star game in Orlando — a spot she used to live after being born in Michigan before her family moved to Ohio — in January.

“I got to play with players from all over the country,” she said. “The experience was incredible. One of the coolest and most memorable experiences! An absolute honor and joy to play with and get to know some really talented players.”

Her long-term goal is to make the USA national team, a goal she believes got more realistic after she had an opportunity to attend the national training and development program one summer.

“Once I got to play in the national team gym and see what the process was like I fell in love. That’s always been something I had wanted to do and it just made me love volleyball even more,” she said.

“I know Coach Skinner is going to be great for me and my development. I respect and admire him so much and he has so much knowledge. I can’t wait to play for him.”