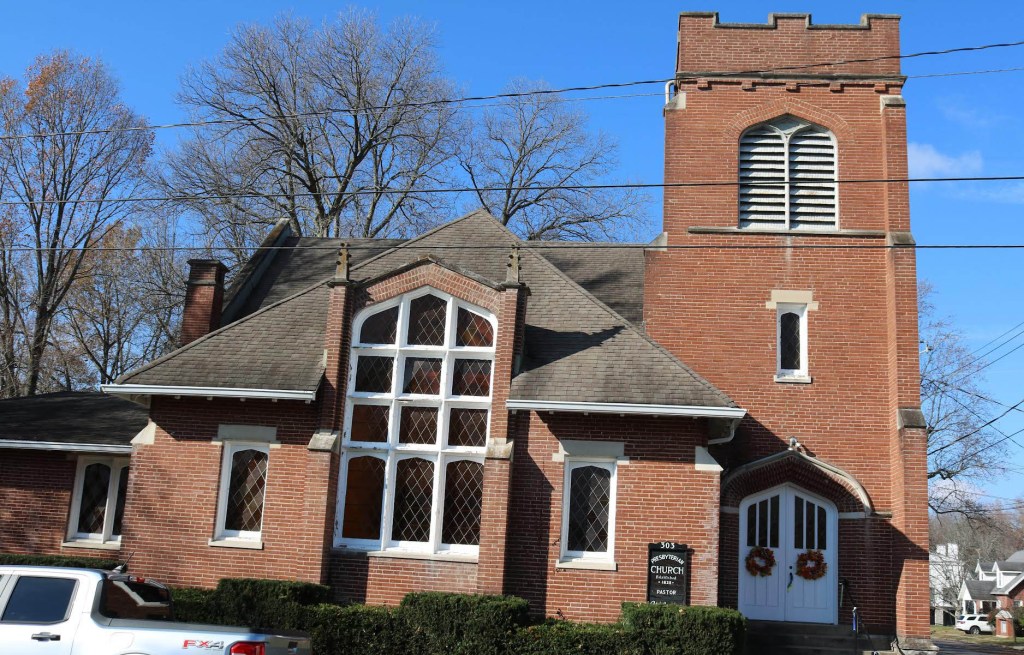 Perryville Presbyterian Church will close its doors in February. Photo by Lance Gaither

After opening its doors 195 years ago, the Perryville Presbyterian Church will host its final service on Feb. 4 at 12:30 p.m. to celebrate nearly 200 years of service to and ministry in the Perryville community. There will be a reception after the service. After the church has been closed, it and two rental properties owned by the church will go up for sale by the regional Presbytery.

“It’s is a long process to get where we are now,” said Church Elder Richard Campbell. “People died out and there weren’t any young people to replace them.”

Campbell said that the church has tried different methods to increase membership over last several years such as broadcasting services but they have not been successful.

Peggy Tudor was a member of the church during her childhood and has been a long term on and off member as an adult. She is currently writing a history of the church. She hopes that the building can become an active church again or a community center.

“When I was a child and young adult the church was an active member in the community,” said Peggy Tudor, a long time church member. “There were three girl scout troops holding meetings there and an active youth group of about 20 teenagers. Its sad that over the years the membership has gotten older and older until there are only a few members left but we can celebrate the ministry they have had over the last 200 years.”