UK a perfect fit for Keenum 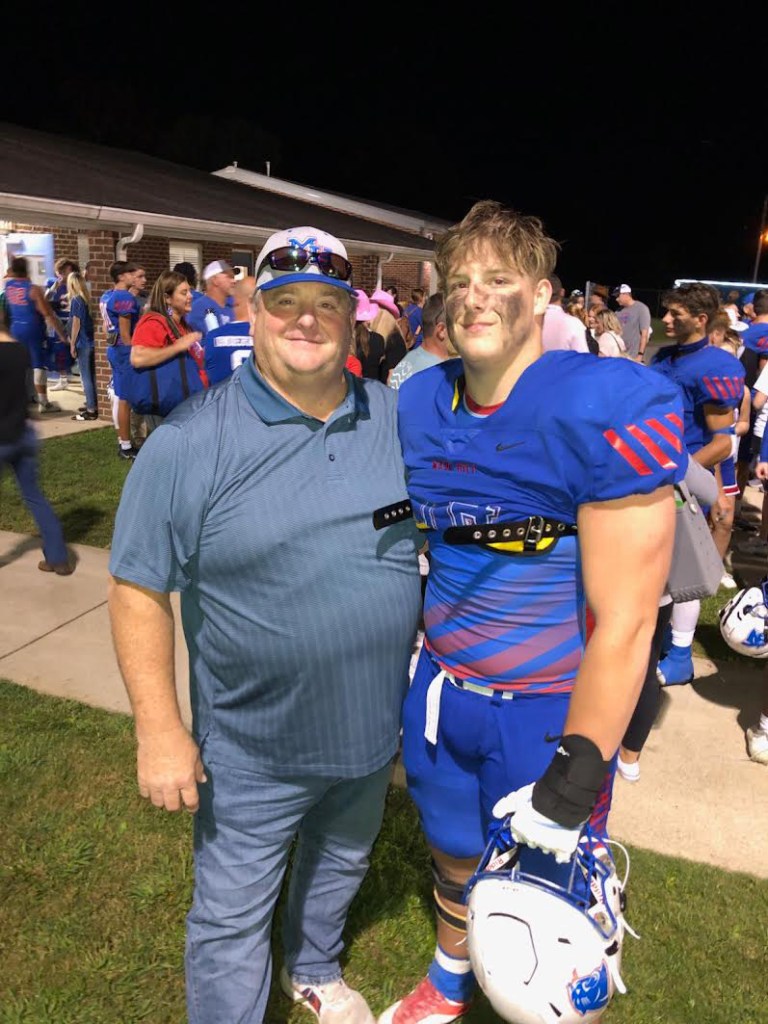 Maybe the Big Blue Wall has not been as dominating for Kentucky football this year as it has been in past seasons. However, UK is still the “perfect fit” for highly-touted Alabama offensive lineman Koby Keenum.

His father, Carl Keenum, said the Kentucky coaches just stood out to the family. Koby Keenum had 41 scholarship offers before verbally committing to the Wildcats in July.

“I guess it just boiled down to being a perfect fit for him with the coaches,” said Carl Keenum. “We went on numerous visits and trips and saw a lot of different things.

“I just felt like what (UK coach Mark) Stoops had and was offering … they had a plan for him. They didn’t just recruit him as a player. They were recruiting him as a person. It was just a very warm and good situation for him to be going into.”

The 6-4, 300-pound offensive lineman plays at Mars Hill Bible School in Florence, Alabama. He’s been ranked as high as the No. 3 center in his recruiting class even though he’s not yet been a full-time center.

“Drake was very open about everything and what it takes to be an SEC center,” Carl Keenum said. “(Offensive line) Coach (Zach) Yenser just closed the deal. But Drake was a big part of that deal. When these guys come in for visits and are going to a lot of schools, the coaches are trying to show you everything that is going on. Coach Stoops was just unbelievable.”

Yenser came to UK this season after coaching with the San Francisco 49ers. Karel Keenum said they visited with Yenser’s family and met his children. That eased any worries the father had about his son being five hours away from home when he played college football.

The Keenums knew a lot about SEC football teams, but Karl Keenum even knew that legendary coach Paul “Bear” Bryant once had coached at Kentucky.

“I knew about Tim Couch, the Hefty Lefty (Jared Lorenzen) and guys like that at Kentucky,” Carl Keenum said. “I had been keeping up with the school itself as a fan and knew Stoops was doing a great job building the program.

“It looks to me like Koby is hitting Kentucky at a great time to do something somewhere that not a lot of people have done. You could go to Alabama, Auburn, Clemson or Georgia like hundreds of players have done. Go to Kentucky and make a name for yourself to be remembered.”

The UK recruit’s father said his son’ recruiting process was “not about winning the pep rally” but finding the right spot for his son.

“We took a little different look at recruiting than some parents do,” Carl Keenum said. “If he goes to Kentucky and things go well like what we hope, that’s great. But also having a plan where he will come out with a degree and be in position to start off life way ahead of 90 percent of other people is also very appealing.

Koby Keenum, who has been invited to play in the Alabama-Mississippi all star game, will be the first Power 5 signee ever at his school. He plans to graduate in December and be on campus in January.

The future Wildcat was in Lexington to watch Kentucky beat Mississippi State and hopes to be back for the Georgia game in November schedule permitting.

“We have enjoyed watching all the things transpiring and going on this season at Kentucky,” Karl Keenum said. “I know a lot of guys will be moving on but they have a really good recruiting class coming in and we are as excited about the future as the day Koby committed.”