Andrews was caught in Issel’s shadow at UK 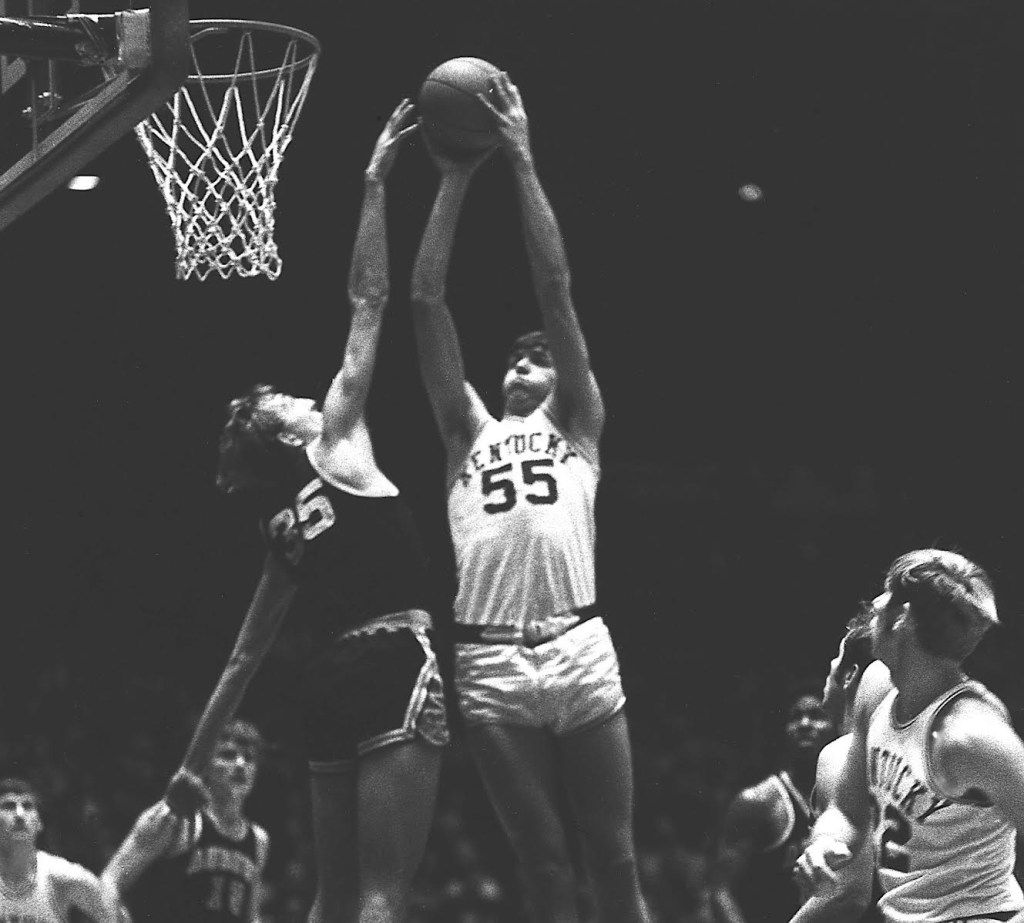 Fifty years ago Jim Andrews was the last UK player to average at least 20 points and 10 rebounds per game for two straight seasons. UK Athletics photo

It was an impossible task for anyone to try and follow Dan Issel, Kentucky’s all-time leading scorer after his brilliant three seasons playing for coach Adolph Rupp from 1967-70.

Yet Jim Andrews did it so well that he will be going into the University of Kentucky Athletics Hall of Fame, an honor many considered long overdue for him. He helped UK go 63-21 from 1970-73 and finished his career with 1,320 points and 783 rebounds.

“It’s nice to kind of get the monkey off my back. I have heard stuff about the best player to play at Kentucky that most people did not know about or how I deserved to already be in,” Andrews said.

He’s been dramatically under appreciated for what he did at UK. He averaged 20.1 points and 12.4 rebounds per game as a senior and 21.5 points and 11.3 rebounds per game as a junior. He was the last UK player to average 20 or more points and 10 or more rebounds over two seasons — something only Issel, Cotton Nash and Cliff Hagan have ever done. Over the last 50 years, only Andrews, Kevin Grevey, Kenny Walker and Jamal Mashburn have averaged 20 or more points in two seasons. The Cats won three SEC titles with him at center and made the Elite Eight twice.

The 6-11 Andrews, who had 43 double-doubles (third best in UK  history), understands why his numbers were easy to overlook.

“There was so much going on. Issel left the program, Tom Payne became the first African-American player at UK, coach Rupp was forced to retire in 1972 and then coach (Joe) Hall took over. There were so many distractions that could have derailed the team,” Andrews said.

“I always wondered what would have happened if we had not had a good year in coach Hall’s first year. On his 93rd birthday, he grabbed me and said, ‘Jim, you saved my career.’ We won the SEC championships all three years but if we had not won at Tennessee that first year to make the NCAA Tournament, Joe probably would have been fired. So there was a lot going on.”

Andrews always felt he could have done more and still regrets losing to Indiana his senior year in the 1973 NCAA Tournament. Indiana beat UK 64-58 during the regular season but Andrews said the Cats missed “three easy layups” late in the NCAA game.

“If we had won, I know we would have gone to the Final Four,” Andrews said.

Andrews’ name got more mentions when Julius Randle arrived at UK for the 2013-14 season and had a terrific streak of double-doubles. His name came up even more last season with what Oscar Tshiebwe did on the boards.

“It was kind of special to hear my name every week with what Oscar was doing. It was like, ‘The last guy to do this was Jim Andrews.’ Even when I found out I was nominated for the Hall of Fame I didn’t realize where I stood with some of the great names like Hagan, Issel and Walker.

“I kind of feel validated with what I have done. It’s hard to believe that those numbers I put up 50 years ago are still that good.”

Hall discovered Andrews by accident when he was Rupp’s top recruiter. Hall was going to Findlay, Ohio, to watch another player when he stopped in Lima to get gasoline and was told by a worker there about a “big guy who averaged 36 points and 22 or 23 rebounds a game” playing in town, according to what Hall told Andrews and others.

“He came and watched me play that night,” Andrews said. “Joe told me he could not even remember the name of the kid he originally was going to Findlay to watch that night. I really don’t remember if he offered me a scholarship that night or later but he did invite me to come watch Kentucky play Tennessee. I was actually considering going to Tennessee to play but I liked the up and down style Kentucky played a whole lot more, so I came to Kentucky.”

Andrews was a freshman during Issel’s 1969-70 senior season. That’s when freshmen could not play in games but Andrews watched and learned. He also eventually became one of only five players to play for both Rupp and Hall when they were head coaches.

“I knew when I was recruited that coach Rupp was going to retire after my sophomore year because of the age requirement. He tried to fight it, but I was expecting him to have to retire,” Andrews said. “I had three different coaches in high school, so it didn’t bother me. There was a lot more pressure on coach Hall than the players.”