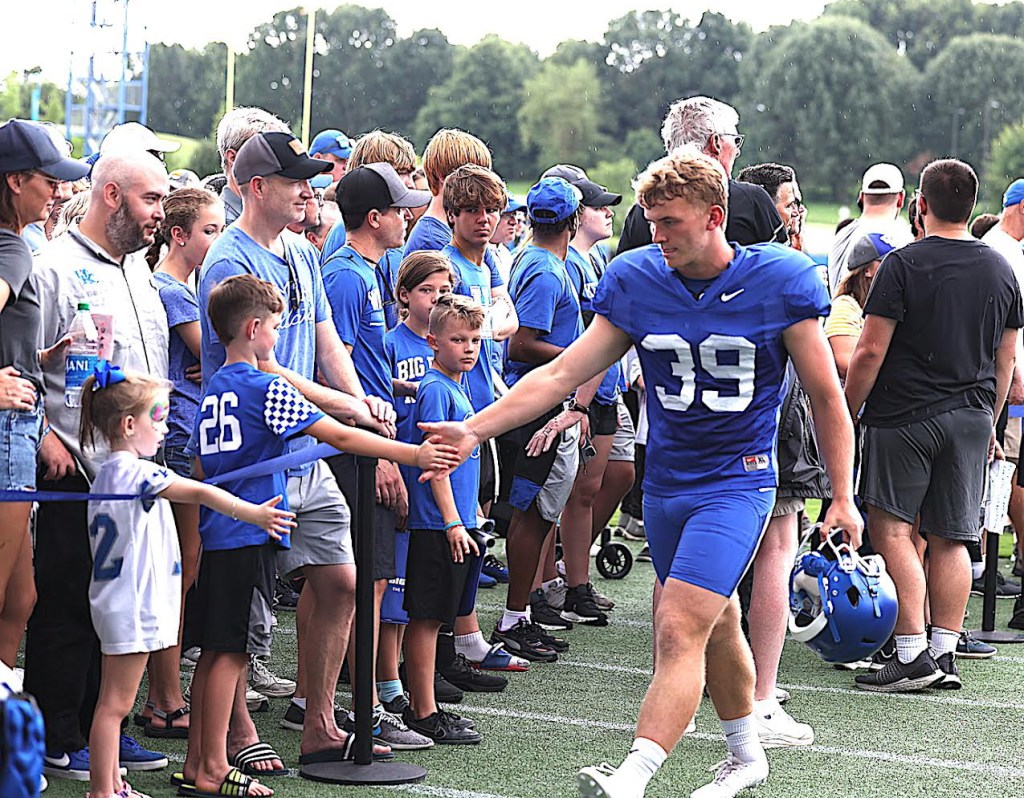 Freshman kicker Jackson Smith has a simple outlook on the next few weeks.

He did all the kicking — extra points, field goals, punting and kickoff — at Boyle County during his prep career and did it exceptionally well.

“I am trying to compete kicking and punting both and do my best in everything and see how it turns out,” he said.

At one time it looked like punter Colin Goodfellow and placekicker Matt Ruffollo , both former walk-on players, would not be back. However, both returned for their extra COVID-19 year. Kentucky coach Mark Stoops said Ruffolo and Goodfellow are No. 1 on the depth charts until another player forces him to change the depth chart.

Smith has enjoyed the UK experience since arriving on campus in June. He said the workouts were hard initially because they were different from what he had done before.

“I do miss Boyle County. High school football is the best but I am excited for this new chapter,” Smith said. “At Boyle the coaches really prepare us mentally to be challenged and be ready for everything. Our workouts at Boyle were hard, too, and that helped me prepare for this.”

His father, Andy, was an all-SEC punter at Kentucky in 1999 and certainly had given his son advice about what to expect. Still, the speed of the game still surprised the UK freshman.

“As you move up levels in football, everything gets faster and here in the SEC it is crazy fast. Even the big guys are running so fast,” the UK freshman said.

One other change has been having other kickers to practice with and compete against. At Boyle County, Smith knew all the kicking jobs were his even though he also played receiver and linebacker.

“We had backups but it was mainly just me. Now here we have a bunch of guys who can do it all,” Smith said. “It is good to have those older guys to learn from and good to have some people to punt and kick with.

“I am always trying to compete with everybody and do my best and do as well as they do or better. So the competition is good for me.”

College kickers have unique practices. They don’t normally stay with the team the entire placed. Smith said already the kickers have left practice to go to Kroger Field to kick on their own before returning to the practice field.

“It is a lot different. All through middle school and high school I played another position. Now I am with the specialists and we do our own thing,” he said. “It is definitely different. I will have to get used to it but I like it I think.”

However, there’s no doubt he likes wearing the blue and white for Kentucky. He played in three state championship games at Kroger Field and has attended numerous UK games.

“It is a dream that has turned into reality,” he said. “I have been coming to these UK football games with my dad for a long time. Now I get to play here, so that’s pretty cool and truly a dream come true.”