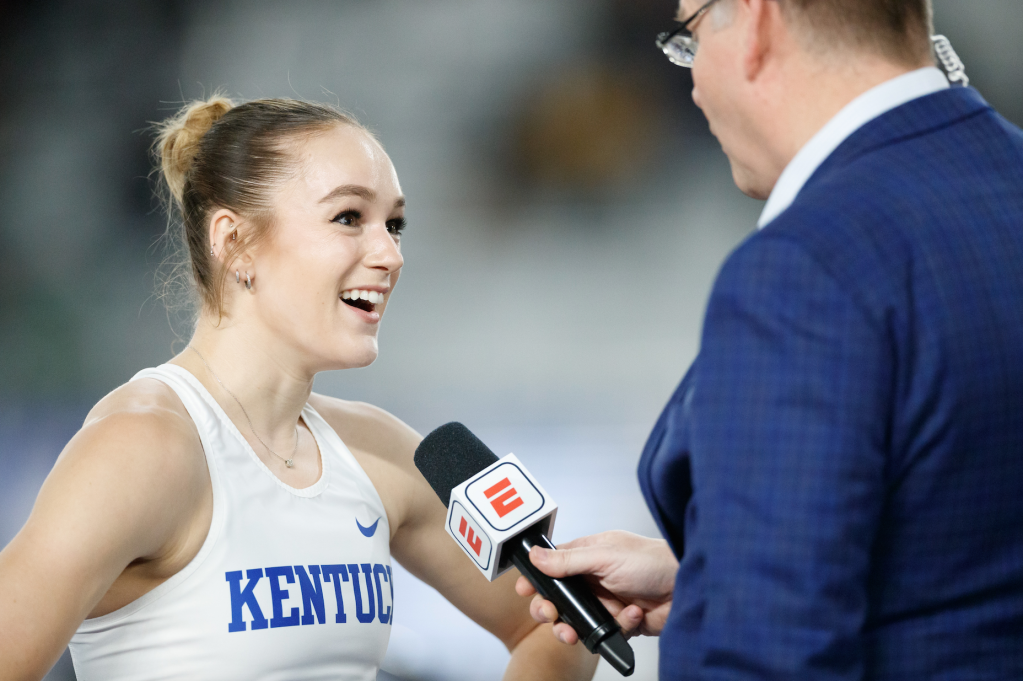 Abby Steiner has emerged as one of the nation’s best sprinters and has a chance to add a world’s championship to her already impressive resume when she competes in the 200-meter dash at the World Championships at Hayward Field at the University of Oregon July 15-24. 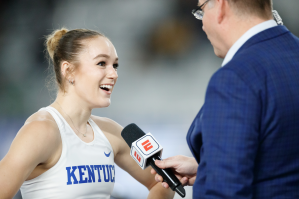 Steiner holds three collegiate records — 200 outdoors, 200 indoors and 300 indoors — and UK coach Lonnie Greene also notes there has not been an American run as fast as her in the 200.

Steiner’s success would seem to be a perfect recruiting tool for UK but Greene says he never has to mention her success.

“We don’t have to mention her name. People mention her name to us. Recruits, parents, coaches all want to talk about Abby Steiner,” Greene said. “Ever since she put on the uniform at Kentucky, she has been a successful athlete.

“I remember so vividly when I first got the job. Her and her father walked into my office during orientation and I looked at her and could see that she was an athlete. Sometimes you try to describe it and there are not the words to describe her. She’s that special.”

He calls his star sprinter a coach’s dream who makes his job easy.

“Sometimes, and we hope not, elite individuals like Abby become career kids. We hope not but you might not get another one like her in your career,” Greene said. “She works hard. She has the best attitude. When talent like that prepares like she does, it is hard to beat that talent.”