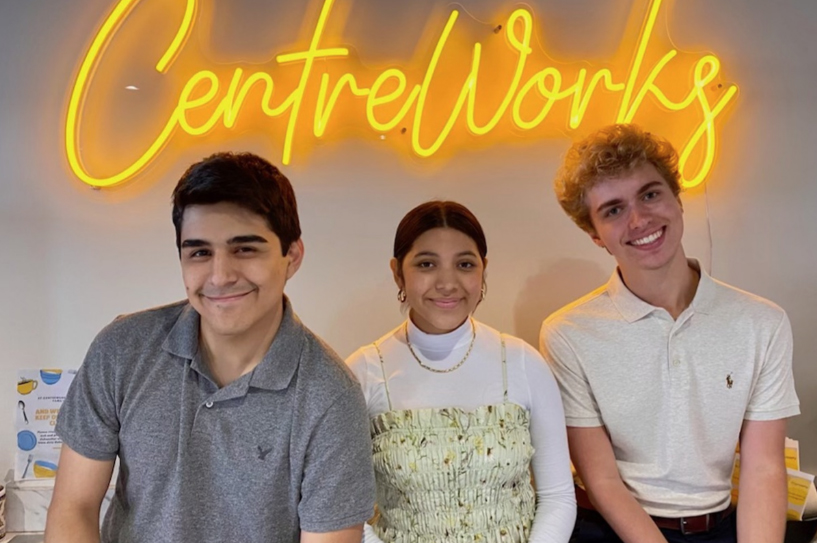 Centreworks, an innovation and collaboration venture at Centre College, recently launched the Urban Innovation Team, a new student-led program charged with working with Danville residents and visitors to identify challenges and suggest solutions to downtown navigation. CentreWorks submitted a proposal to the City of Danville for the project, which is being led by interns Isaiah Arroyo ’22 (Austin, Texas), John Bingaman ‘24 (Louisville) and Kali Hernandez Fraire ‘25 (Dallas, Texas). 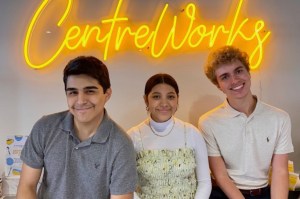 “We want to hear what everybody has to say about navigating downtown—what are the issues with things like parking and using crosswalks,” Arroyo said.

As part of the process, the interns are interviewing shop owners, commuters and visitors throughout the summer to identify barriers to the downtown experience. In August, they will present their findings and suggested solutions to the city manager and city engineer.

The purpose of this project, the student team explained, is grounded in Centreworks’ human-centered approach to innovation, as well as the entrepreneurial mindset, both of which are guiding the students in this initiative.

“The human-centered approach utilizes the human experience in every step of the problem-solving process, and it guarantees a solution that directly serves its consumer, who are Danville residents, as well as anyone who regularly visits downtown Danville,” Bingaman said.

While the Urban Innovation Team’s role is centered on identifying problems and proposing solutions to benefit the greater community, the interns emphasized a more nuanced professional skill they are gaining through the experience—learning to listen—a key component of the human-centered approach.

“Centreworks tries to be a really inclusive place, and it has shown. They listen to people. That was why the city contracted us,” Fraire said.

“Our goal is to speak to as many community members as possible,” Bingaman continued. “We want everyone to feel that their voice and experience is essential to this process.”

Andrea Margida, co-founder and executive director of Centreworks, reiterated the career-ready skills the interns are building through the initiative.

“The students’ work comes from experiential learning situations. They learn and practice professional etiquette throughout their time at Centreworks,” Margida explained. “Since we are located in downtown Danville and have a diverse set of people entering our space on a regular basis, students are automatically placed in a position where they are using professional skills.”