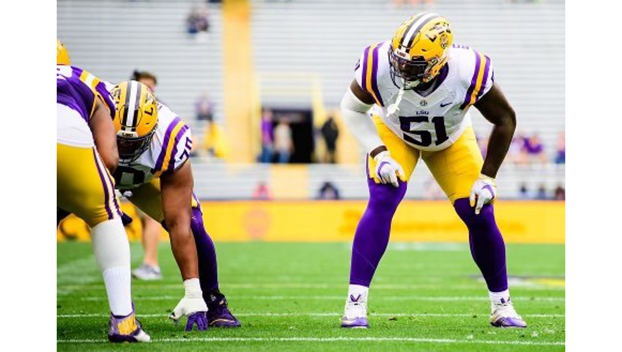 Like many UK football fans, former UK all-SEC running back Anthony White was surprised that a big reason LSU offensive tackle Dare Rosenthal transferred to Kentucky was the success cornerback Kelvin Joseph, another former LSU transfer, had during his one season at UK in 2020.

White said UK defensive line coach Anwar Stewart told him UK’s “biggest salesperson” with Rosenthal was Joseph and Rosenthal mentioned that in his social media post announcing his decision to transfer to UK.

“You never know what bridge you are burning or not burning,” White said. “We got a second-round draft pick (Joseph) and a big-time transfer (Rosenthal) out of it, too.”

Rosenthal had some off-field issues at LSU but White said a new school could be just what Rosenthal needs much like it was for Joseph, a second-round draft pick by the Dallas Cowboys.

“Maybe he just needs to be a little farther from home and enjoy the culture that (former UK offensive line coach John) Schlarman set with the Big Blue Wall,” White said. “Now he can sit back and just play. No worry about family members or anything that has happened before.

“He gets a whole new start with a program that admires the offensive line. I think it is a perfect opportunity for a new beginning with him. If you are stressed and get a new start with that type of talent he has, it can turn out special.”