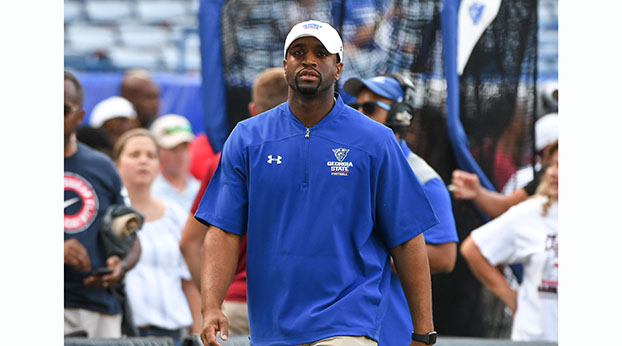 Former Danville High School all-state defensive lineman Nathan Fuqua is the defensive coordinator at Georgia State and believes Kentucky made a wise decision hiring Chris Collins, the safeties coach at Georgia State, to fill the position vacated by Steve Clinkscale when he left for Michigan.

“Chris has a good football background,” Fuqua said. “On the field, the communication part is outstanding. He can get guys to take it from the classroom and implement it on the field. He is a really good communicator with the way he delivers his message.”

Fuqua says Collins is not an intimidating coach or someone players fear. However, he makes his points in a strong way.

“Some guys respond one way and some guys need coached another way,” Fuqua said. “Chris can feel that and knows what buttons to push and when to put his arms around them or when to really get after them. He builds relationships with guys and knows a lot about them and that helps him coach them. He will do that at Kentucky. Kentucky fans and players are going to love him.”