Wallace planned to sign with Auburn, was swayed to UK 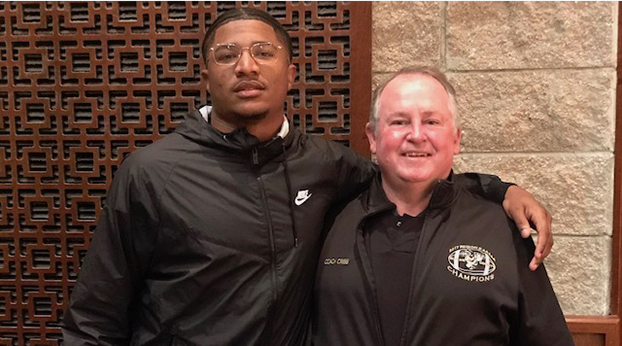 “He just did an incredible job. He was not pushy. He did his sales pitch about Kentucky and nothing else,” Cribb said. “Trevin was planning on signing with Auburn but they fired the coach (Gus Malzahn) and did not retain the linebacker coach, either, so he opened his recruitment back up.

“Georgia already had eight to 10 linebackers already on the roster. Kentucky’s image of high character went a long way with him and the coach really sold it in a great way. Auburn thought they had him. But the Kentucky coach was very honest with him and showed Trevin the opportunity to get on the field right away.

“Trevin liked the idea of playing against the best teams in the country and I think he has a bright future. He’s a guy who will be playing football for a long time.”

Cribb says Wallace has a high character that Kentucky coaches, teammates, and fans will love.

“He is big on family. He’s not on social media at all,” Cribb said. “He is a great student. Teachers loved him. He is all smiles, has great manners. He is an old-school type kid who makes really good grades. He might not be the most blessed as far as academics coming naturally but he works hard to make good grades.

“He’s such a good kid that after practice he would go over and help his dad coach the little league team. Most kids would just sit in the truck and get on their phones. Not him. He wanted to help teach kids.”

“Two kids were getting after it. One kid had the upper hand and there was not a lot the teachers could do. Trevin swooped in out of nowhere and picked the kid up off his feet and ran about 10 yards to put him in another classroom,” Cribb said. “He just stopped it. The teachers thought he was a hero. That’s just the kind of kid he is.”