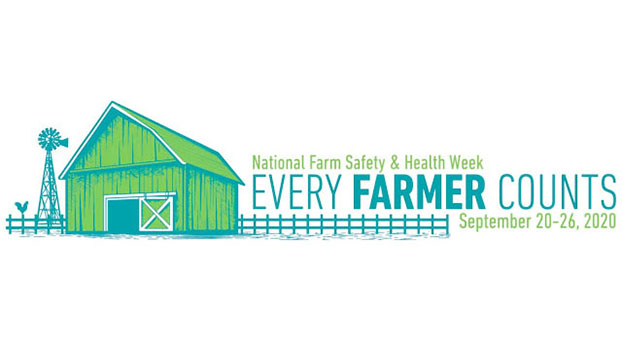 Kentucky farmers, like those across the nation, work tirelessly to stay afloat amid plummeting farm incomes, market instabilities, extreme weather conditions, few safety nets and now, a global pandemic. And sometimes those stressors add up, leading some to consider suicide, and others to die by it.

To bring awareness to this issue, the General Assembly passed House Bill 59, sponsored by Rep. Brandon Reed, R-Hodgenville, during the last legislative session to designate the Wednesday of National Farm Safety and Health Week, which is the third week of September, as “Farmer Suicide Prevention Day.” This year that date falls on Sept. 23.

“There are significant stress factors across rural America and it’s important to know that it’s okay for farmers to ask for help,” said state Agriculture Commissioner Ryan Quarles. “And one of the more unfortunate issues here is that the farm community is one of the last communities to reach out for help and so we’ve got to make sure that farmers know that there are resources available if they need to talk with someone.”

Quarles pointed to several stressors that are unique to the farming community, including the extended stress that comes with only getting one or two paychecks a year, working under risky market conditions, and not having access to benefits or health insurance through an employer.

Farmers also worry about losing the family farm, said University of Kentucky professor Joan Mazur. She is deputy director of the Southeast Center for Agricultural Health and Injury Prevention, which has received a $48,000 federal grant to work on suicide prevention.

“No farmer wants to be the person that loses the multi-generational farm, sometimes in the family for decades and decades,” Mazur said. “And that that can cause huge depression. . . .  Nobody would want  to lose their home, but the additional burden on a farm family … really can be catastrophic. ”

Deborah Reed, a professor of nursing and agricultural health at UK, added that she knows anecdotally and through her own research that farmers also feel “very unappreciated and persecuted by the public.”

One goal of suicide awareness is to reduce the stigma of asking for help, Mazur said: “We know it’s hard to ask for help. People talk about physical complaints all the time but it’s very difficult for them to talk about any mental health issues that they are having.”

But even though it’s hard, she urged anyone thinking about suicide to seek help.

“Suicide is preventable, it’s not inevitable,” Mazur said. “That message has to get out to the general public and it has to get out to the farming community as well, and to  farm families so that that people can get the help that they need. That’s the point of the USDA grant that we have.”

She added, “We can’t keep ignoring this. Stress, mental health, depression, suicide are real issues nationwide, and in particular in our farming community, which is our focus.”

Mazur said the 2018 Farm Bill has been instrumental to addressing mental health in agriculture, because for the first time it had money included to address the issue. The bill appropriated $50 million over five years for mental-health work with people in agriculture-related occupations, but the impact went beyond money.

“It said to all the farming community, this is a conversation we can have,” she said. “You can’t overstate enough how important it was that there were mental health components in that 2018 Farm Bill. That was huge.”

Kentucky has also appropriated $500,000 from its Tobacco Settlement Fund for a mental-health and suicide-prevention program. The pilot program brings together a wide range of agencies to focus on increasing awareness of resources, increasing behavioral health care providers in rural areas, increasing  intervention training in communities, and increasing surveillance. It will also create and disseminate a Kentucky farmer cultural humility training for healthcare providers.

“The concerted effort in Kentucky is remarkable,” Mazur said, adding later, “This is really unprecedented nationally to have a state that is so committed to this kind of an issue, to preventing farmer suicide and farmer mental health issues. . . . It’s really a model, a national model for how to address an issue.”

With its Farm and Ranch Stress Assistance Network grant, Mazur said, the center has created a pilot program to provide suicide-prevention training to a diverse group of community members who largely interact with farmers, such as people from Farm Credit, ministers, Extension agents and their families. The trained community members then go back into their communities and train others.

The training is called QPR, which stands for “question, persuade, refer,” and is designed to teach people how to recognize the warning signs of suicide, how to offer hope and how to get help and save a life.

Mazur said they have enhanced the QPR program with information specific to the culture of farming to help people understand the stressors unique to farmers, their families and their workers.

As of Aug. 1, she said in the center’s annual report, 18 people had completed the training and made a commitment to deliver at least two trainings. She said they expect 100 people to be trained by mid-November.

Mazur said the center is also working with the Suicide Prevention Hotline to help its workers better understand the culture of farming.

For example, she said, if someone calls the hotline and says it’s been a rainy spring and they couldn’t plant their crops, the person on the other end of that hotline needs to understand the full implications of what that means to a farmer: “That can be financially devastating and provoke the kinds of situations that cause depression and stress and lead to, that are run-ups to suicide.”

Quarles also spoke to the importance of making sure hotline workers understand the “lingo of agriculture” since a farmer’s message may get lost in the translation.

Reed said it’s also a problem when health-care providers don’t understand farming, because that is who a farmer is likely to see first, given the poor access to mental-health care in most rural areas.

Reed said farmers have told her “over and over again” that when they actually decide to seek help for their depression or anxiety or mental-health issue, the provider doesn’t understand their world: They can’t take medicine that makes them sleepy and also work on farm equipment, and can’t take time off for therapy. Mazur said efforts are in motion to also work on educating providers about farm culture.

Prior to the pandemic, Reed said she offered evidence-based community theater programs across Kentucky that focused on health and agriculture safety, including mental health.

“We’re trying to start to move the conversations to where the farm communities themselves will talk about this issue. I think we’re having some success,” she said, noting that farmers showing up at Extension events that focus on stress, and she is often asked to talk to farm groups about it.

“What I’ve seen working with our farmers across the nation, and particularly ones in Kentucky, is they have become much more receptive,” she said. “They will attend programs on stress and how to manage their behavioral or mental stress, if you will, now where before they they would not have done that.”

Reed also noted the value of letting farmers know they are appreciated, pointing to the “Heart to Heart Program” at UK where students write letters to farmers expressing their gratitude for what they do.

“We hear farmers actually say, ‘Well, I’d like to get one of those letters,'” she said. “Everybody wants to be thanked so that’s an easy step that everyone can do.”

“We’re really a lot more active on this issue than we have been in years past and I think that that is a good thing,” said Quarles.

Another challenge is the need for more information about farmer suicides.

“We don’t really understand what the baseline is, that we still are trying to better understand exactly what Kentucky’s farmers in rural areas are experiencing right now,” Quarles said.

Mazur said farm suicides are often listed as an accident on death certificates, and reporting systems differ among states. She said through the grant, a doctoral student is working to get better data, including possible factors that contributed to suicide, to guide intervention.

“We do know that suicide rates have increased among working-age people from 2000 to 2016 by 34 percent,” she said. “And rural areas in states with high agricultural populations and small farms like Kentucky are over-represented in that sample.”

A 2020 Morbidity and Mortality Weekly Report from the Centers for Disease Control and Prevention looked at 2016 suicide rates by industry and occupation in 32 states and found that the suicide rate among male farmers and ranchers was 43.2 per 100,000, compared to 27.4 per 100,000 among working-age men in all occupations.

Ty Borders, director of the Rural and Underserved Health Research Center, along with fellow University of Kentucky faculty member Kathi Harp, recently published a study that found, nationwide, rural residents experienced suicide ideation, planning and attempts at a higher rate than those in urban areas.

The study also found that the risk of dying by suicide is greater among lesser educated farmers and at times of economic depression, especially in rural areas that are heavily dependent on a single industry, like farming. Death by suicide is also higher among men.

Borders said that when worked at the federal level on this issue, it became clear that for decades, the national government has needed a better plan to address rural suicide because most suicide-prevention programs have been designed for urban communities and may not be applicable to rural communities.

Suicide is the 11th leading cause of death in Kentucky, with an average of one person dying by suicide every 12 hours in the state, according to the American Foundation for Suicide Prevention.

Kentucky is home to about 76,000 farms, and most are small. The average farm in Kentucky has 171 acres, much smaller than the national average of 444 acres. In Kentucky, the industry is dominated by small family farms and about 50,000, or two-thirds, have annual sales of less than $10,000.

If you’re thinking about suicide, are worried about a friend or loved one, or would like support, the Suicide Prevention Lifeline is available 24/7 at 1-800-273-8255.

Each year the Logan-Whitley Chapter, Daughters of the American Revolution, sponsors the DAR Good Citizen Award. It is presented to... read more