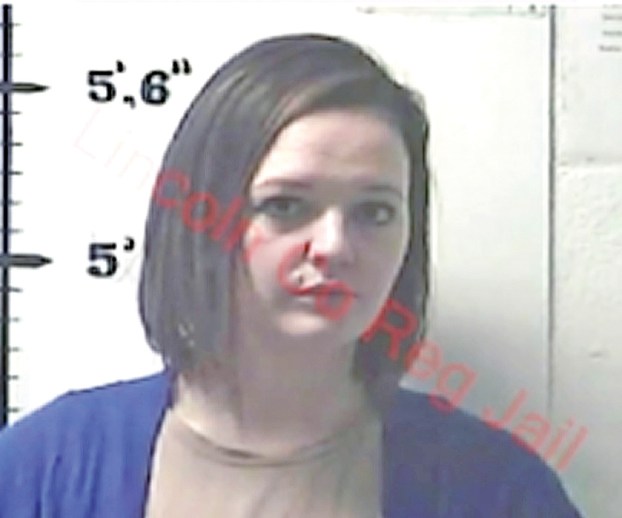 STANFORD — A police investigation has led to the arrest of a Lincoln County High School (LCHS) teacher who allegedly congregated with students while intoxicated and in the presence of her minor child.

Courtney Martin, 34, who is listed on the Lincoln County Schools website as an Exceptional Child teacher, was arrested by the Stanford Police Department (SPD) Feb. 14 on one charge of first-degree wanton endangerment. More charges are expected, according to a press release from Police Chief Zach Middleton.

“The allegations involved Martin operating a vehicle and being parked in a parking lot while heavily intoxicated with her minor child in the vehicle,” the release states. “According to witnesses, Martin had been congregating with students in the same parking lot earlier that evening, while also intoxicated.”

Martin congregated with students in the Lincoln Plaza parking lot on Feb. 11, according to Lincoln County Communications Coordinator Brad Smith.

Smith said in a press release that Stanford Police Department School Resource Commander Preston Middleton and Detective Tim Morris opened the investigation after allegations were made concerning Martin being intoxicated with her child in her car and “exhibiting strange behavior on February 11th.”

During the course of the investigation, Martin was also accused of sexual misconduct involving an 18-year-old LCHS student on the same night.

According to police, it was determined that the incident occurred off of school property and outside of any school-related activities.

“Due to the age of the parties involved, no criminal charges are expected for any alleged sexual behavior(s),” the press release states.

There are, however, other circumstances related to Martin’s arrest involving the distribution and/or purchase of alcohol that is likely to result in additional charges as the investigation moves forward.

Martin was lodged in the Lincoln County Regional Jail and her bond was set at $5,000. She has since been released from custody.

According to the Lincoln County School District, Martin resigned from her position on Feb. 13, the day before she was arrested. She allegedly admitted to drinking with a child in the vehicle and being in the location with students when questioned by police.

Superintendent Mike Rowe released a statement following the investigation saying his heart goes out to those affected by the events that resulted in Martin’s arrest.

“Our primary concern is always for the safety and well-being of our students and the members of our school community,” Rowe said.

According to Rowe, the Professional Code of Ethics for Kentucky Certified Personnel explicitly states a teacher shall not engage in any sexually related behavior with a student with or without consent.

“The Lincoln County School system maintains high standards for all of our employees and these allegations stand in stark contrast to our expectations,” he said.