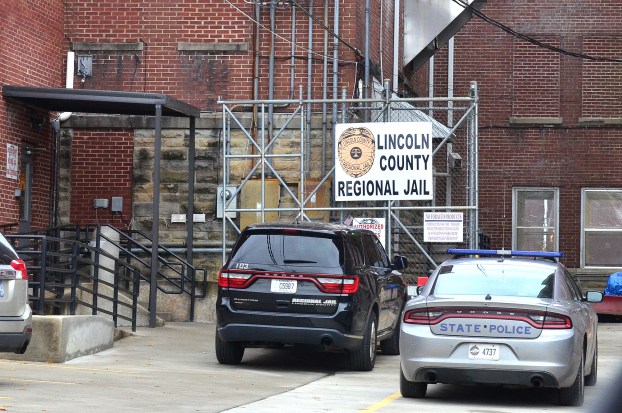 ‘We didn’t want to file a lawsuit’

STANFORD – Some of the local jail employees, currently plaintiffs in a lawsuit accusing Lincoln County Jailer Rob Wilson of sexual harassment, say they didn’t want to file a lawsuit, but when the county failed to act they had no choice.

A total of eight Lincoln County Regional Jail (LCRJ) employees have accused the jailer of sexual harassment and discrimination in the workplace, and the county of failing to take action when it was reported.

From May 2015 to present, the lawsuit alleges Wilson “engaged in a continuous and repeated course of conduct constituting sexual harassment and sexual discrimination, as well as quid pro quo sexual activities to the legal and physical detriment of the plaintiffs.”

Of those eight, three of the females who are still current employees of LCRJ said the time that has passed since filing the lawsuit has been no easier.

Erica Sampson, Brittiany Tillet and Brettany St. Lawrence said the group didn’t file a lawsuit because they wanted to, but because they had no choice.

“Our first complaint was almost two months prior to the lawsuit being filed,” St. Lawrence said. “We didn’t want to file a lawsuit. I didn’t want my name connected to a sexual harassment lawsuit. But what we went through in those two months, we felt like we had to.”

The lawsuit includes seven affidavits from female LCRJ employees alleging, among other things, that Wilson repeatedly “hugged and kissed” one employee’s face, solicited nude photos from another and made crude and sexual comments about one employee’s appearance and clothing. A male employee, James Gibson, also claims that Wilson denied him a promotion and demoted him in order to “give preferential employment treatment to a female employee.”

“What is in those statements is just the tip of the iceberg,” Tillet said.

The plaintiffs in the lawsuit first approached Lincoln County Attorney Daryl Day with their complaints on Sept. 21, according to St. Lawrence, who serves as the administrative director of LCRJ.

“We thought if we did that, then maybe they would do something about it, to stop what was happening to us,” Tillet said.

During that time, St. Lawrence said they also went to Judge-Executive Jim Adams prior to filing the lawsuit.

“Then when we go to somebody else and say ‘we don’t want to be around him, what do we need to do?’ They basically told us ‘file a lawsuit or quit.’” she said.

Tillet said quitting would mean giving up jobs they are each passionate about, as well as money and medical insurance for their families.

“I loved my job at first,” she said. Tillet serves as the LCRJ Chaplain.

“They think we’re after money,” St. Lawrence said. “I didn’t ruin my career and my future – because I was looking to be jailer one day – for something small. Nobody has a clue what we have been through, even in the last four months.”

St. Lawrence said the group prayed over the decision for several months before moving forward with the allegations and lawsuit.

The lawsuit was filed Nov. 15. They are being represented by Lexington attorneys Cooley Iuliano Robey, PLLC. Wilson is being sued in his individual and official capacity. Lincoln County has also been named as a defendant.

Wilson remains Lincoln County Jailer but his presence at the jail has been limited, according to St. Lawrence.

Prior to the lawsuit, on Oct. 10, a LCRJ gun was reported missing and the following day, the local police department alerted the jail they had received a suicide note from Wilson and stated that he was missing.

From that point forward, St. Lawrence said the plaintiffs were “constantly scared to be in the office.”

“When a person checks himself into a mental ward twice, and took a gun from the jail and left a suicide note, and you want me to not be scared that he’s around me?” she said.

St. Lawrence and Tillet, who both share an office with Wilson upstairs in the county courthouse, said they have taken sick days to avoid encountering Wilson since they first complained.

A motion for a restraining order is also included in the court filings. The lawsuit states the court is the “only remaining avenue of protection for the plaintiffs” and the relief sought by them would still allow Wilson to “communicate with other employees at the jail, which can be supervised by a Chief Deputy Jailer” in Wilson’s absence.

“We are employees of the county and we should be protected,” Tillet said this week. “We have felt, through this whole process, that we are completely helpless, that there’s no protection…they had ample opportunity to do something.”

Sampson, a sergeant at LCRJ, said she joined the suit because she never wants what happened to her and others to happen again.

A court hearing was scheduled for Monday morning but was postponed. It had not been rescheduled as of Wednesday, according to St. Lawrence.

“This whole thing has been extremely unfair, that’s the only way I know how to put it,” Tillet said. “We were never going to include the county in this, the only reason we did was because it was their responsibility to protect us and they did not. It’s about standing up for what is right and making sure this doesn’t happen to anybody else.”

Day said he did approach Wilson after receiving complaints from the staff, and explained what options Wilson had moving forward, but that he could not represent or give legal advice.

“As far as my office goes, there wasn’t really much of a response I could make for them (plaintiffs) because Rob’s an elected official. I don’t have the authority, and neither does the fiscal court, to hire or fire him. He’s still elected,” Day said. “The only way he can leave his office is: one, serve out his term; two, resign; or three, be removed under the law.”

Jailer is a constitutional office in Kentucky, with few options for removal from office. According to the Kentucky Constitution, a jailer may be indicted in the county in which he or she resides for misfeasance or malfeasance in office and for willful neglect in the discharge of official duties. For failing to take custody, rule, and charge of the jail and all persons in it, a jailer is subject to conviction for misfeasance in office.

“I can’t file the lawsuit to have him removed under the law, based on what they were telling me, because at that point they were just allegations,” he said. “Rob had the right to be heard.”

Day said his ethical and statutory duties under the law dictate his response.

“If the jailer is harassing someone, sexually harassing or anything else he might be doing, I can’t represent someone else against the county, the jailer or the jail,” he said.

He never instructed the jail employees to quit their jobs, Day said.

“The one thing I did tell them, which I think I’m required to do in this situation, is if they need legal advise they should seek out an independent attorney who is not employed by the county,” he said. “I did tell them I would have a conversation with Rob and we would talk about options. I told them I wouldn’t mention any names but I would go over that I had these complaints that people had basically filed with me and explained to me, and I did talk to Rob about that.”

Day did not advise Wilson on which option to pursue, he said.

If Wilson was a county employee, rather than an elected official, Day said the situation and the county’s response would be different.

“It takes judicial review to overthrow the will of the voters,” he said.

Day said there is an impeachment process under the state constitution, but it is a long shot.

It’s very hard to overturn the will of the voters, Day said.

“How can I on one hand, advise the jailer, Rob or whoever else it may be, about these matters but on the other hand be over here telling these people, ‘Here’s what I’m going to do to get him kicked out of office,’” he said. “You’ve got ‘person A’ versus ‘person b’ and I can’t be representing both sides.”

LEXINGTON — It is an oft-used cliche that there are no losers in a competition featuring outstanding participants. This certainly... read more