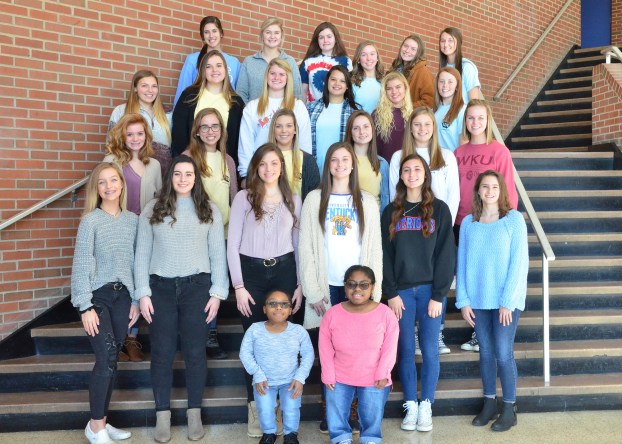 ‘Tis the season: Lincoln County kicks off the holiday season with annual tree lighting and parade

With the Thanksgiving holiday behind us, it’s time to welcome in the Christmas holiday season.

Come ring in the holiday season and celebrate your community, family and friends this weekend at the annual Christmas Tree Lighting Ceremony and the Lincoln County Chamber of Commerce Christmas Parade on Friday and Saturday, Dec. 6 and 7.

The Tree Lighting Ceremony is the first event on the weekend calendar, with activities to take place on the lawn of the Lincoln County Courthouse Friday, Dec. 6, from 5:45 to 6:15 p.m. Stanford Mayor Scottie Ernst and Lincoln County Judge Jim W. Adams Jr. will give the evening greetings. During the ceremony, attendees will enjoy live music by local soloists and carolers.

Also scheduled for Friday is Bringing in the Season with Song, which is sponsored by The Stanford Lion’s Club. The program is being held at Grace Fellowship Church on U.S. 27 South at 7 p.m.

Even though there is no snow forecasted for Saturday’s parade, also known as the Snow Queen Parade, Stanford’s downtown area will be transformed into a winter wonderland with holiday lights and decorations along Main Street to help get folks into the holiday spirit. Parade lineup begins at 5:30 p.m. at the Lincoln County Board of Education (Student Support Center) on Danville Avenue. The Snow Queen contestant lineup is also at 5:30 but is at Spurlin Funeral Home on West Main Street. The parade start is set for 6:30 p.m.

The culminating event of the evening will be the crowning of Snow Princess, Countess, Duchess and Snow Queen winners on the courthouse steps. The crownings will begin immediately following the parade.

To enter a float in the Christmas parade, call Andrea Miller at 606-365-4118. Rules for float entries are no throwing of candy and NO Santas, because there is only one Santa and he will be bringing up the end of the parade. Floats and parade participants will be allowed to toss candy.

Parade festivities don’t get started until 5:30 p.m. Saturday, however, there are several events planned throughout the day, beginning with an early visit by Santa Claus. Before buttoning up his red suit and hopping on a fire truck for the parade, Santa will drop by the Lincoln County Extension Office for breakfast Saturday morning from 9 a.m. until noon. For $5, children can enjoy a breakfast of pancakes, sausage and a drink with Santa. The $5 also includes a picture with Santa.

Choo Choo Santa will be making a stop at the historic L & N Depot on Saturday as well. Youngsters can have their picture made with Choo Choo Santa from noon until 5 p.m. at the Depot at 1866 Depot Street in Stanford.

Saturday is a day full of holiday celebration with open houses and dulcimer music at Logan’s Fort also scheduled.

The Inn at Wilderness Road, 207 West Main Street, will host its Christmas Open house from noon until 5 p.m. Saturday and, up the road at the Old Presbyterian Meeting House & Museum, at 315 West Main, another open house will be held from 1 to 4 p.m.

Christmas at Logan’s Fort will be held from 2 to 4 p.m. Saturday at the end of Martin Luther King Street in Stanford. Costumed interpreters will greet guests. Music will be provided by The Danville Dulcimers. Cider and cookies will be served.

Rounding out the holiday weekend are another open house and a jog along the streets of downtown Stanford on Sunday, Dec. 8.

A Christmas Open House at Immanuel Church on KY Hwy 643 in Ottenheim starts at 2 p.m. Sunday. Music will be provided by Four to Show. Refreshments will be served. And, at 2:30 p.m., runners and walkers will take to the streets of downtown Stanford for the annual Jingle Bell Jog 5K Run/Walk for Alzheimers. Registration for the Jingle Bell Jog is from 1 to 2:15 p.m. at the Stanford Baptist Church Christian LIfe Center. For information, go to www.stanfordjinglebelljog.org