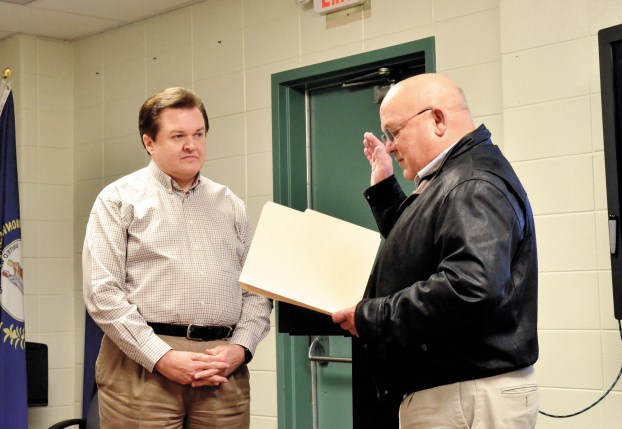 Bruce Smith sworn in as District 3 board member

STANFORD ­— Bruce Smith was sworn in as the District 3 member of the Lincoln County School Board at the Nov. 14 regular meeting.

Smith won the seat in the Nov. 5 election. He fills the vacancy on the board left by former board member Theresa Long. Ethan Jones filled the seat temporarily.

“I accept the responsibility of overseeing the education of Lincoln County students and putting them first,” said Smith. “I look forward to working with the other board members in the stewardship of the tax dollars that make public education possible. I will be a trustee of everyone in the district and committed to listening to the people and being a voice for them.”

Smith was a teacher and administrator for the Lincoln County School system for 29 years until recently retiring.

In this time of economic stress and uncertainty, many people need help. In the spirit of the holidays, Cash Express,... read more