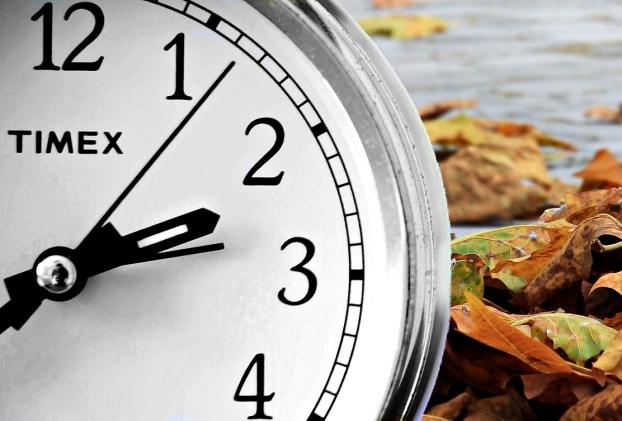 Time change: Turn your clocks back this weekend

That little nip you feel in the air when the wind blows signals two things: that fall is definitely here and Daylight Saving Time is about to end.

It was a nice, sunny eight months of Daylight Saving Time, but now it’s nearly time to go as Standard Time returns.

At 2 a.m. on Sunday, Nov. 3, you’ll want to set your clocks back an hour or else you might be an hour early to work or church.

DST, which was first observed in Kentucky in 1918, was established to save energy and make better use of daylight and has been attributed to Benjamin Franklin. It didn’t become the norm until a few hundred years later, though. In March 1918, Congress approved and then-President Woodrow Wilson signed into law the Standard Time Act, which allowed for daylight hours to be added into the day to help save energy costs for war production during World War I.