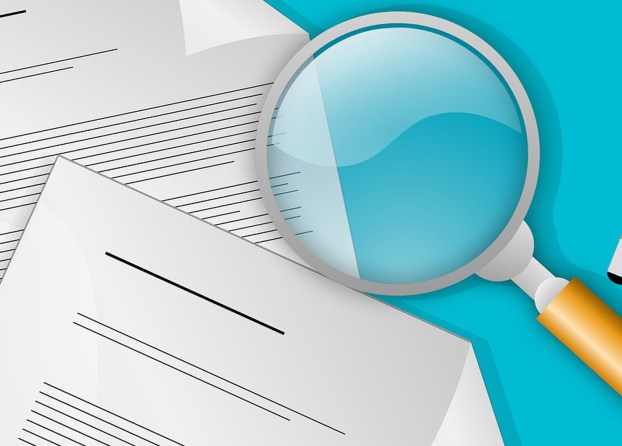 STANFORD — The audit of the financial statement of the Lincoln County Fiscal Court for the year ended June 30, 2018, has been released.

The audit, which is required by state law, was completed by State Auditor Mike Harmon.

According to a press release from the auditor’s office, auditing standards require the auditor’s letter to communicate “whether the financial statement presents fairly the receipts, disbursements and changes in fund balances of the LIncoln County Fiscal Court in accordance with accounting principles generally accepted in the United States.”

With each audit, the auditor must also comment on any “material weaknesses involving internal control over financial operations and reporting.”

Harmon noted that the fiscal court had the practice of accepting all bids in order to select a vendor based on their proximity to the work site. He said controls were not in place to “ensure all expenditures over $20,000 were bid,” stressing that competitive bidding ensures the fiscal court procures materials and services at the best price available.

KRS 178.140 states, “(1) All bids for the construction or maintenance of county roads and bridges shall be received at the time and place specified in the advertisement, and shall be opened publicly at the time of awarding, and the amount of items comprising each bid shall be publicly announced. (2) The contract shall be awarded to the lowest and best bidder.”

The auditor’s office recommended to the fiscal court that the court bid all expenditures above $20,000 and award the bid to the lowest or best bidder when required.

“They told us we couldn’t accept all bids, but we do for obvious reasons,” he said. “We’ve never bid individual roads except for one time. This (fiscal) year what happened was Allen Company, Bluegrass Contracting … Bluegrass Contracting, which was Tommy Owens’ bunch, won the asphalt bid so we were going to use them because they were $3 or $4 a ton cheaper but we accepted all bids. The reason we did that was because Bluegrass Contracting, sometimes that old plant of theirs breaks down, or it did, and you couldn’t get the jobs done so we accepted all so, if we needed some work done, we could get it done. We do that every year.”

Adams went on to address the issue of choosing a vendor based on proximity to work site.

“On rock, it depends on where we’re working,” Adams said. “If we’re working over on the other side of Crab Orchard or Broughtontown, we’re going to go to Mt. Vernon to get rock. It’s crazy to go all the way to Danville just because they’re 20 cents cheaper on the ton. So we accept all bids on rock for that reason.”

According to Adams, a change in ownership prompted the state to flag the bidding issue.

“What happened is Bluegrass Contracting, Tommy Owens, sold out to Leonard Lawson and The Allen Co.,” he said. “Bluegrass hurriedly got part of our road resurfacing done then they were gone, so we had to use The Allen Co. Because The Allen Co. wasn’t the low bidder, that was the reason they got us on that.”

“They said you can’t accept all bids, but we did it again this year. You’re in charge of the money and, if you can save money by accepting all bids, which we do, that’s what you need to do.”

Adams said that won’t be a problem this year.

“This year we won’t have that trouble because we have no competition, which is crazy,” he said.

The second issue of non-compliance, not maintaining proper records for public properties corporation fund, dealt with the debt associated with the Lincoln County Judicial Center. Harmon stated that the fiscal court “did not maintain ledgers for receipts and disbursements, did not prepare bank reconciliations, and did not prepare financial statements for fiscal year ended June 30, 2018 for the public properties corporation fund.”

In his audit report, Harmon said that policies and procedures were not in place to ensure accurate reporting of the county’s public properties corporation fund and that “failure to track debt payments and provide adequate oversight of these accounts held in the county’s name could lead to undetected errors.” He said this failure results in the county having no way to ensure debt payments were made per schedules and that all transactions within the bank statement were allowable.

“While this debt is in the name of the Lincoln County Public Properties Corporation (PPC), the debt is paid directly via the Administrative Office of the Courts (AOC),” said LeeAnn Smith, Lincoln County Treasurer. “Lincoln County Fiscal Court issues no payment for this debt, nor are we issued any reimbursement. AOC makes this debt payment directly. All financial records related to this debt are maintained in the treasurer’s office, as they have been since the late 90’s when the PPC was established.”

Smith and Adams both said they were surprised that the fiscal court was non-compliant concerning the county’s public properties corporation fund.

“The Lincoln County Fiscal Court has never been asked to produce financial statements for these accounts, and has maintained records for the PPC Fund in the exact same way since its inception,” Smith said. “There have been over 20 audits performed since this debt was incurred, and this is the first mention of any changes that need to be made.”
Smith said the fiscal court will comply and make the changes immediately.