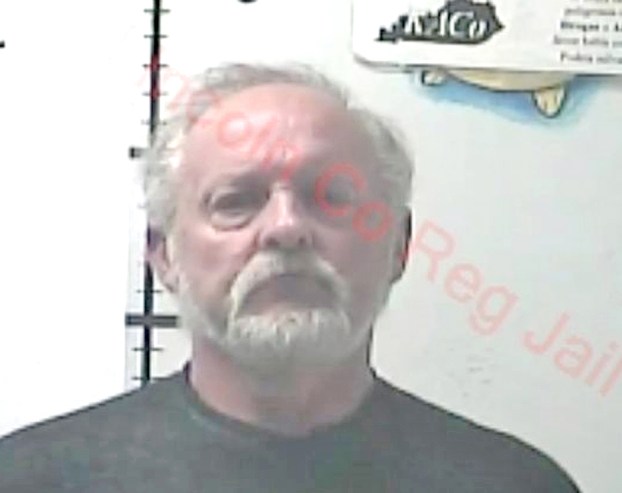 MORELAND — When a Lincoln County parent grew concerned by sexually-explicit messages he discovered on the cellphone of his 12-year-old daughter, he shared the messages with the Lincoln County Sheriff’s Office which initiated an investigation.

As a result of that father’s quick-thinking, a Lexington man was arrested after deputies say he tried to meet the 12-year-old girl at a local store with a possible attempt to commit a sex crime.

According to Deputy Michael Mullins, John Ault, 58, messaged the girl in an attempt to meet her outside the Subway in Moreland. When Ault attempted to meet up with the girl, he was met by an undercover deputy instead and arrested.
In the arrest citation, Mullins says that he had continued the conversation with Ault through text messages after he took possession of the girl’s phone.

Mullins said Ault, who had asked the girl if she wanted a snack, went to the Subway parking lot and was sent a message by Mullins saying, “I’m here.”

Mullins and other deputies made contact with Ault and he was taken into custody and charged with prohibited use of electronic communication system to procure minor for sex offense.

He was also charged with parking in a handicapped zone.

The case remains under investigation by Deputy Michael Mullins. Assisting were deputies of the Lincoln County Sheriff’s Office.