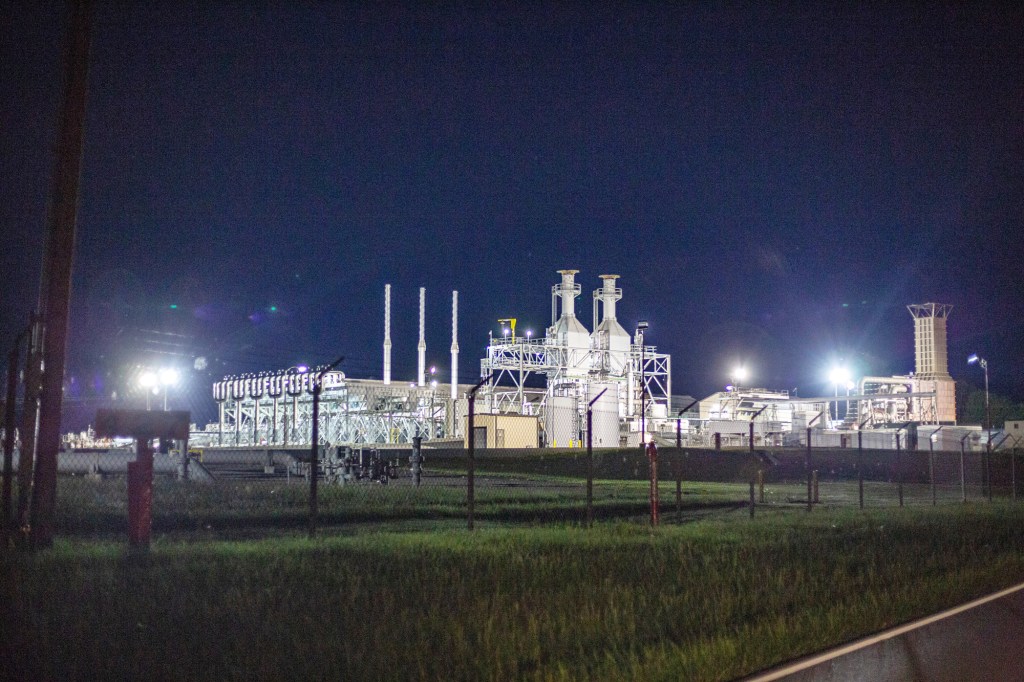 By Ben Kleppinger and Robin Hart

JUNCTION CITY — A natural gas leak at the Texas Eastern compressor station on Airport Road shut the road down for a little less than an hour Wednesday night, May 8.

The leaking gas made things quite noisy in the area.

“It sounded like jet engines when we got here,” Gilliam said. “From the very get-go, they (Texas Eastern) said there was no danger, we didn’t need to evacuate or anything like that. … Everything took place right on the facility.”

Airport Road was shut down as a precaution, in order to prevent vehicles from sparking an ignition of the gas, said Boyle County Emergency Manager Director Mike Wilder.

Some residents in a mobile home park in the area were told to shelter in place during the incident, Wilder said.

Wilder was dispatched to the scene just after 8:30 p.m. Wednesday; the road was reopened before 9:30 p.m.

Gilliam said Texas Eastern was bringing in technicians Wednesday night to figure out what had caused the valves to leak.

Lela Cummins, and her brother, Gene Thomas live on Albany Circle, in a neighborhood off of Airport Road near the compression station.

While sitting on her front porch surrounded by blooming spring flowers Thursday morning, Cummins said she smelled a foul odor — “something like a sewer” — when the situation first started Wednesday night. “I asked Gene if somebody’s sewer was leaking.”

Then she heard a loud roar for about an hour, she said. “I had no idea what it was. Sometimes they let off pressure, but it’s never been that loud and that long before,” Cummins said.

Her sister called and told them about the gas leak — she found out by a post on Facebook. “That was the first I knew about it.”

Nobody came into the neighborhood and told the residents what was going on, Cummins said.
When her brother left for work about 8:30 p.m., he called and said “the law is out there (on Airport Road). Must be something wrong at the gas plant,” Cummins said.

“They should have told people what was going on. … Nobody ever came up in here and told us a thing.”

Cummins said, “I think we should have been told” what was going on. But, she added, “I wasn’t scared or anything. I got so old I don’t pay any attention to things like that.”

A statement released Thursday by Enbridge, which owns Texas Eastern Gas Transmission Pipeline, read, “Enbridge has responded to an emergency shutdown (ESD) at its Danville Compressor Station near Danville, Kentucky. Enbridge personnel are onsite managing the situation. There were no injuries and there is no threat to public safety associated with this event. We will provide more information as it becomes available.”

The compression station on Airport Road uses turbines and engines to build up pressure that pushes natural gas along the pipeline from the coast of the Gulf of Mexico in Texas and Louisiana through Mississippi, Arkansas, Missouri, Kenucky, Illinois, Indiana and Ohio to deliver gas to the New York City area. It is one of the largest pipeline systems in the United States.

Wednesday night, a safety feature was triggered causing an emergency plant shutdown when it detected too much pressure at the station, said a company spokesperson.

During an emergency shutdown, one or more valves automatically open to release gas and reduce the pressure. It could have been anywhere from 100 up to 1,000 pounds of pressure per square inch that was released, causing the extremely loud noise that neighboring residents heard, he said.

As a normal protocol, a team from Enbridge was investigating what tripped the emergency shutdown on Thursday.