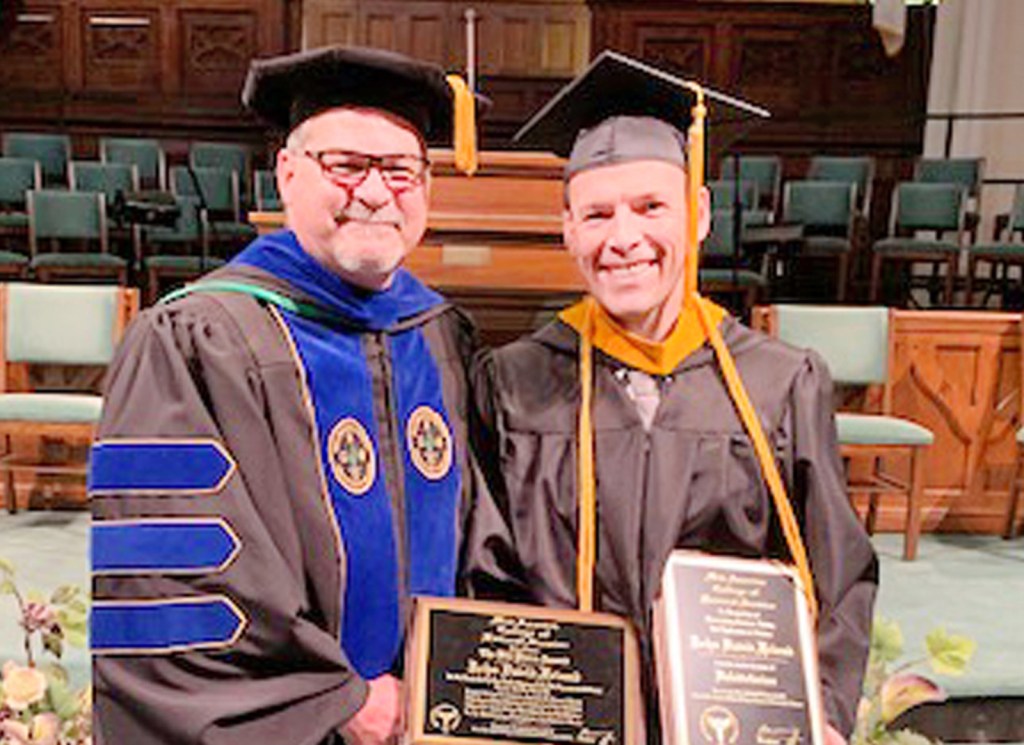 Friend, who is already a licensed funeral director, pursued the degree in anticipation of becoming a licensed embalmer.

During the graduation ceremony, Friend was awarded valedictorian of his graduating class and was presented The Bill Pierce Award, which is considered by many to be the highest honor of a graduating student. The Bill Pierce Award is selected by the recipients’ classmates as the most representative of funeral service based on: personal neatness, integrity, and dedication to funeral service; a high degree of student fellowship, and ambition and desire to succeed; a special all-around attitude; and as an outstanding professional in funeral service.

In Friend’s goal of becoming a licensed embalmer, he has one more step to complete. A written Kentucky State Board Exam for embalming is required. Friend plans to accomplish that in the next few months.