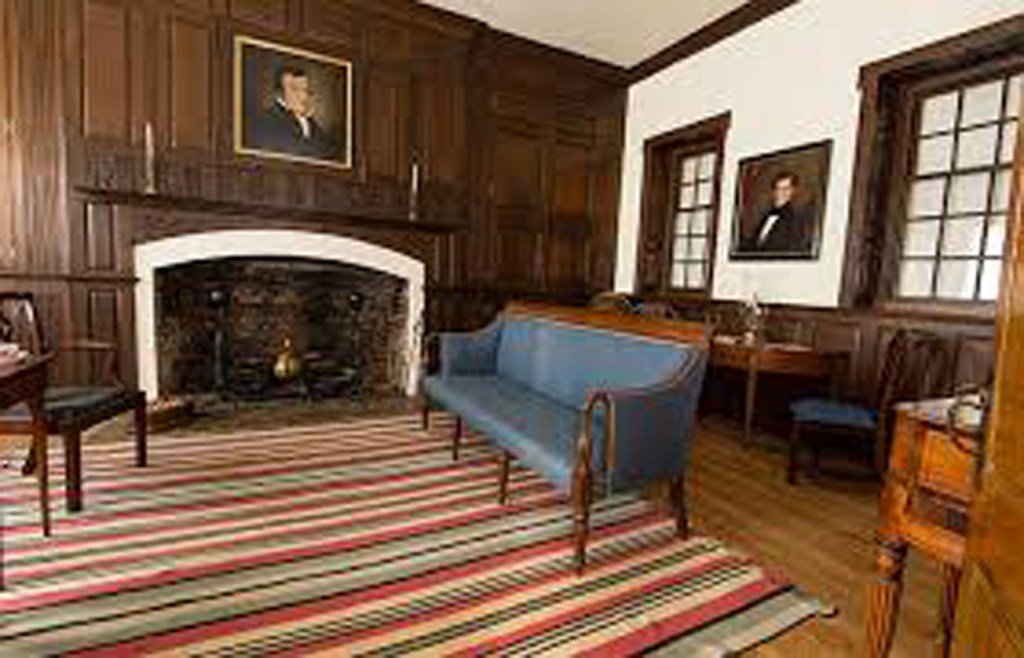 Photo from parks.ky.gov THE FRONT ROOM of the William Whitley House is one of the first stop in a tour of the historic property.

STANFORD — Just a week after Lincoln County took possession of the William Whitley House state shrine, the fiscal court has announced its schedule for tours of the historic property.

“For now, we’re going to go with the same schedule that we had before with the state, which will be Thursday, Friday and Saturday from 10 until 3,” Lincoln County Judge Jim W. Adams Jr. said at Tuesday’s meeting of the court. “They already have a lot of the school kids scheduled for May (tours). Now, the general public open will not be until the end of May or first of June. It will probably close in November or there abouts.”

Adams reminded the court and those attending the meeting that the county shouldn’t expect to show quick revenue from the tours.

“Of course, we know that it will not be a money-maker in the beginning,” he said. “It’s something we chose to preserve. I think the state had in mind pretty much of getting out of the William Whitley House business as far as tours were concerned, so we took it upon ourselves to take control, took ownership.”

Adams said that things are “coming together” in the county’s full management plan for the property.

“We have two or three part-time people to do the tours. Mowing will be done on a part-time basis, with a couple retired individuals. We have a deputy sheriff that’s interested in the caretakers’ home and they will have responsibilities there in lieu of rent,” he said. “It’s just going to take a little time. There’ll be some bumps. We know that, but it’s just part of it.”

Jerry Shelton, who has had a contract to cut hay on the property with the state, will cut hay again this year, according to Adams. While the county will handle most of the mowing, Adams said that Lincoln County Regional Jail inmates could possibly be used for the mowing of cemetery property.

“I would say that we will mow everything but where we have to push mow – I don’t know that they can,” Adams said.

Joe Stanley, District 4 Magistrate, questioned what the county’s liability would be per year, but Adams could not give him a definite answer.

In other business, the fiscal court approved payment of $16,000 to Hopkins Concrete Foundations for concrete work on the blocks flanking the front steps of the courthouse.

“We never have decided what they call them (concrete posts). Quite a few courthouses had those in that time. I don’t know if those were where they held stump speeches or what,” said Adams. “The ones in front were hollow and the exterior walls had deteriorated to the point that they were falling out. We had to come up with a plan to pour them solid.”

Adams said that the new block columns will be here “long after we are all gone.”

The court also approved renewal of a five-year loan with First Southern National Bank for $83,736.68 for sheriff’s vehicles. Approval is an annual requirement. This is the third year of the loan.

The County Road Aid Cooperative Program also was addressed by the court Tuesday, with the magistrates approving the resolution to allow for the monies.

“This we do every year. We are very early this year because I let it slip last year and we had to hurry it up. This is what our road department lives off of,” Adams said. “These monies come from the fuel tax which we all know needs to be increased but that hasn’t happened yet. The initial amount we’re going to get is about $700,000 and then that’s 60 percent of the total. This will probably be received around the end of July, first of August. The next is in January and the rest, the tail end, which will be a minute amount, comes at the end of July.”

The fiscal court approved the first reading of a zone map amendment from agricultural to light industrial on a 10-acre tract of the Leslie Gooch property on KY 198, situated across from McKinney Elementary School.

Josiah Hershberger is looking to open a saw mill on the property. Joe Stanley, whose district the property is situated in, said that at first “there was a little push back” on the proposed zone change but he backs the proposal.

“He may hire eight or nine people and that’s a chance to build our tax base up a little bit. He’s agreed to go along with all zoning rules,” Stanley said. “I think it’s going to be a win-win for that area and Lincoln County, so I’m glad to see it happen.”

Adams said he didn’t believe that the zone change would open the door for any type of development, however, County Attorney Daryl Day said it could.

“This can open the door because one of the basis for getting a zone change is to change the economic makeup of the area,” Day said. “Once you give the first zone change, somebody else could use this as a foothold to lock in their zone change.”

“We shouldn’t be getting a zone change for saw mills, especially something like this,” he added. “There’s other ways of doing this that don’t open it up to somebody doing something a lot worse to that community from the zone change.”

Day said part of the problem could possibly be outdated ordinances.

“I think there is a point in time, and I think it’s coming quickly, when this board needs to sit down with the Planning and Zoning Board … and we need to do a comprehensive view of the entire planning and zoning ordinance. I think the last time it was done was 15 years ago.”

“We need to make necessary changes to make it work for Lincoln County,” Day said.

The opening of the saw mill shows one positive that could affect the entire McKinney community.

“McKinney Water is in dire need of a new water tower and some new water lines so they are going to go after an Economic Development grant, but it has to be tied to job creation,” Adams said. “This young man has agreed to be a part of that. I’m not sure that we will receive the grant, but at least we will have the avenue to apply.”

In other fiscal court business:

* Beth Boyle, Director of Parks and Recreation, asked for suggestions on someone from the south end of the county to fill the fifth seat on the Parks Board. She also asked the court to consider putting in a sand volleyball court or two at First Southern Veterans Park.

* Approved appropriation transfers, including $1,000 for courthouse building and maintenance, $3,000 for other county properties and, under general fund, reserved for transfer $7,500 for courthouse improvements and repairs, $1,000 for legal notices and $2,500 for William Whitley House machinery and equipment.