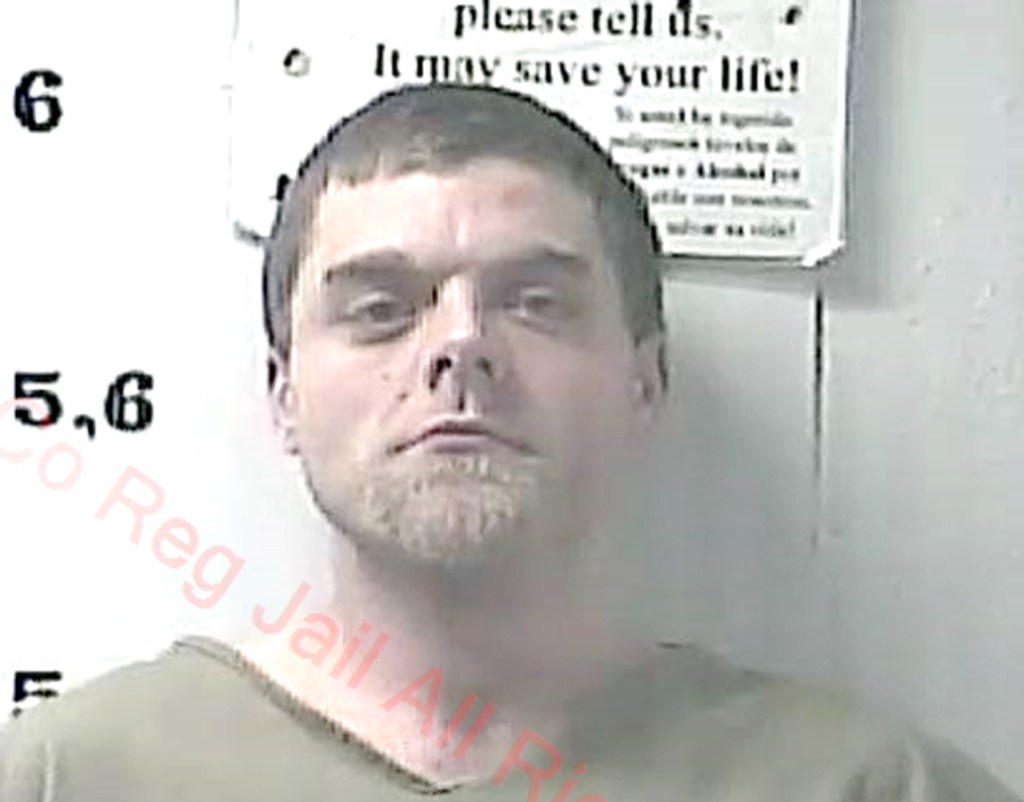 STANFORD — After a year-and-a-half long investigation into a few suspicious fires in Stanford, a man has been arrested on arson charges.

Gerald Burchfield, 27, of Stanford, has been charged with three counts of third-degree arson and six counts of first-degree wanton endangerment in connection with three separate fires that occurred in Stanford.

The first fire, according to Fire and Arson Investigator Chase Marcum, occurred in Feb. 2018. The Stanford Fire Department was called to 404 Lancaster Street to respond to an outbuilding fire.

“When the fire department showed up, something didn’t look right, something looked off about the fire, so they notified me, the Fire Investigator, to come look at it,” Marcum said.

There was no electric source running to the outbuilding, he said. A few days later, Marcum and Assistant Fire Chief Brian Jenkins reexamined the scene and noticed there was an accelerant used to start the fire.

“Just the burn patterns and where the fire was started, it was like the door just started burning in the middle, which is uncommon,” Marcum.

A few months later, an abandoned house behind Stanford Baptist Church caught fire and when firefighters arrived on scene, the building was fully involved.

The structure was previously being used by the Stanford Fire Department for training.

“Given the nature of that house, it also didn’t have any power sources whatsoever, no electric running to the house,” Marcum said. “We had been in there a bunch of times as the fire department for training.”

The third and most recent suspicious fire was 101 Maxwell Street on March 17 this year. Marcum was working a shift for the Stanford Police Department when dispatch called and reported a fire at the corner of Maxwell and Lancaster Street.

When Marcum arrived, the house was half to three-fourths of the way involved and the center of the structure was close to collapsing.

The structure was unoccupied and the former tenant had moved out a few months before the fire.

“When I walked around it was obvious there was no electric running to the house and the meter had even been taken off of the house,” Marcum said. “I assisted the fire department and then I started my investigation of the area.”

When Marcum returned to the scene during daylight hours, he determined the fire was started intentionally and the point of origin was at the front of the house around the front porch.

Through the year-and-a-half long investigation, and the evidence collected, Marcum determined Burchfield was connected to all three fires.

Marcum said the first fire stemmed from a domestic situation between Burchfield and his wife at his mother’s house at 404 Lancaster Street.

“Upon questioning, the above admitted to burning the outbuilding along with some other structures,” the citation states. “Burchfield stated that he was mad at his mother due to her calling social services over his children and to take his anger out and to get back at her he took gasoline and poured on the outside and lit it on fire and threw it on the door.”

Once the fire was set, Burchfield allegedly fled the scene and traveled down the “old railroad tracks.”

During questioning, Burchfield also shared details about the second suspicious fire, which he said he and a female subject started after smoking methamphetamine inside the abandoned building. He said the female then stated, “Let’s burn the house down.”

The two allegedly returned back to his mother’s house, which was next door, and watched as the fire department extinguished the fire.
The third fire, which brought a third arson charge against Burchfield, was allegedly set because a man owed him money.

He allegedly set the house on fire by holding a lighter to the vinyl siding until it began to melt and catch on fire.

“Burchfield then stated he left Maxwell and walked across the street to his mother’s house and watched as fire units arrived and extinguished the fire,” the citation states.

Marcum said Burchfield was actually already lodged in the Lincoln County Regional Jail on a warrant out of Danville and Marcum was able to question Burchfield about the fires at the jail.

Future arrests are expected, he said.