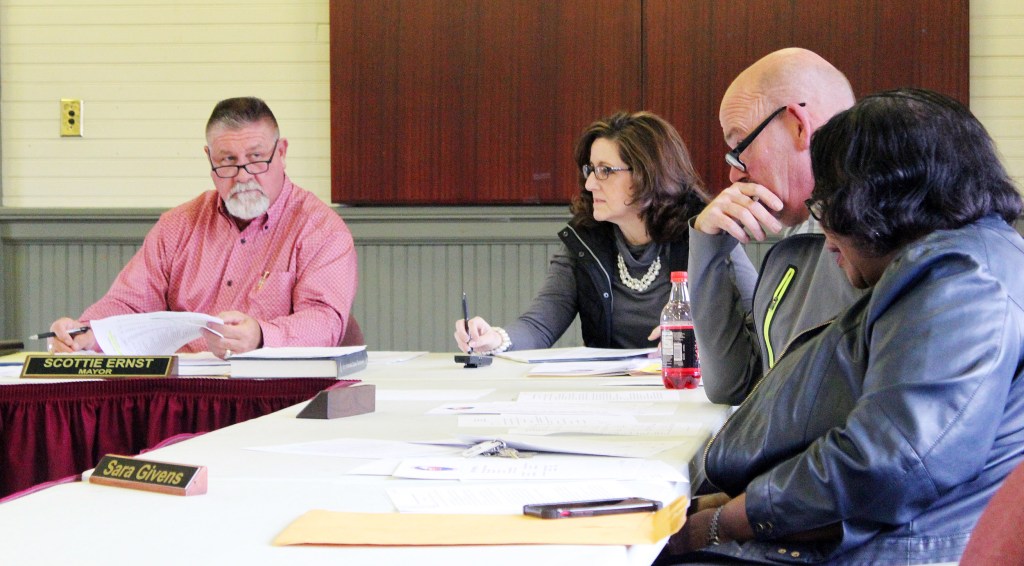 STANFORD – A mistake in a zoning ordinance that could have been costly was one of the reasons the Stanford City Council went into executive session in October last year – a session that the Kentucky Attorney General’s Office said violated the state’s Open Meetings Act.

The AG issued a ruling on Dec. 18 and found the council violated the Open Meetings law three times that day, “by going into closed session without first describing the general nature of the business to be discussed; allowing non-members into the closed session without explanation for their presence; and conducting a series of less-than-quorum meetings for the purpose of avoiding the requirements of the Act.”

The ruling applies to the previous city council administration, not those who are newly elected and took office in January. Hackley initially discussed the ruling during the council’s Feb. 7 meeting.

According to the minutes, Hackley “outlined the timeline of the placement and the fact that the verbiage used in the meeting, ‘we have decided that’ was construed as a series of meetings without quorum and cautioned against this in the future.'”

The Oct. 18 executive session related to an error in a 2011 ordinance which incorrectly classified 68 acres west of U.S. 27 and east of Highway 590, Hackley said.

“The opinion was not that we could not have the executive session concerning the reason given, or have the members present that were there,” he said. “The opinion was that we did not give sufficient reason. The opinion states that the reason should have been described in more detail as to the nature of the meeting and white each board/personnel was requested to attend.”

Hackley said had he, as City Attorney, been more cautious in describing the reasons behind the session and attendees, then the executive session would have been compliant.

Since that meeting, Hackley said the city determined that the issue that was discussed in executive session “probably won’t cause a threat to us.”

That issue was tax collection from the area of the city that was annexed under the wrong zoning classification – and included Walmart.

Hackley said he spoke with Chris Johnson from the Kentucky League of Cities and told him he was concerned that the city had “an area north of Stanford with a massive business we have about 10 businesses, but one elephant in the room…that could be a million or more worth of occupational license fees collected since the year 2011.'”

“This mistake was in our annexation ordinance, so the suspicious lawyer is sitting there going, ‘oh hell, did we even annex that?,'” he said.

Hackley said the issue was reported to the city’s liability care holder.

“It looked as though, and it is our position, that with that annexation ordinance, even with the error, we were appropriate on the state map. Now the state map doesn’t have zoning, this has nothing to do with zoning…ultimately, by January, we were solid on the fact that they were in the city as of 2011,” he said.

There was a specific threat of litigation associated with the area, as well, Hackley added, but it was not described in enough detail, according to the Kentucky Attorney General’s Office.

As Hackley continued to discuss the ruling, Council member Dalton Miller interrupted to address Hester across the room.

“Ms. Hester you asked that this be put on, they’re discussing it and you’re having a sidebar conversation,” Miller said.

“I’m listening and this is not a sidebar and I’m allowed to speak to another member,” Hester said. “…You don’t need to reprimand me at meetings.”

“You don’t need to raise your voice at me,” Miller said.

“I am allowed to talk to another member of the council, that was well established at League of Cities,” Hester said.

“If it’s an open meeting and every body here can’t hear you…” Miller said.

State law requires “all agencies shall provide meeting room conditions, including adequate space, seating, and acoustics, which insofar as is feasible allow effective public observation of the public meetings,” meaning the ability to see and hear.

As a result of discovering the error in the ordinance, the City Council passed the second-reading of an amended 2011 ordinance to change “highway commercial” (HC) to “Highway Business District (B3)” last week.

Hester said the map might have been correct but it doesn’t change the fact that the city had an ordinance signed by the former mayor and approved by that City Council with the incorrect classification.

According to Planning and Zoning Commissioner Jim Jarrett, the error only existed in the ordinance’s description. The zoning map and plat of the property are correct, he said.

Hackley said he spoke to Danville-Boyle County Planning and Zoning Director Steve Hunter, as well as their attorney, Bruce Smith, and neither believed amending the ordinance would create any future legal issues for the City of Stanford.

“He said, ‘Did you know, there’s a court of appeals decision that says the B3 and the HC is ‘surplusage,’ which means it doesn’t really count. You have to have word, language that identifies zoning,” Hackley said. “In the minutes of your zoning board meeting, there is no language. We adopted the plat. On the plat it says B3. The only thing that references anything in an actual language, not abbreviations, was in the ordinance passed by the City Council. Bruce Smith said, ‘change that, amend it.'”

The council unanimously approved the second reading of the amended ordinance.

Hackley added that he spoke to Chris Johnson from Kentucky League of Cities and suggested that the City Council hold a working session on the Open Records and Open Meetings laws at some point this year.

• Voted to amend the minutes from the Feb. 7 meeting to say police, fire, water and code enforcement reports were “presented” to the council, rather than “presentations.”

Council members Peggy Hester and Ronnie Deatherage both voiced concern about some department heads not appearing in person to present to the City Council on a monthly basis. Council member Ella Curlis said the Stanford Water Commission holds monthly public meetings at their office and anyone can attend them. The council did receive written reports from each of the departments, according to the mayor.

• Appointed Chad Davis to the Architectural Review Board

• Approved the second-reading of amended ordinance annexing the area approximately one-half mile south of Stanford along U.S. 27 and including the surrounding properties.

• Heard a report on drainage issues on Miller Street.