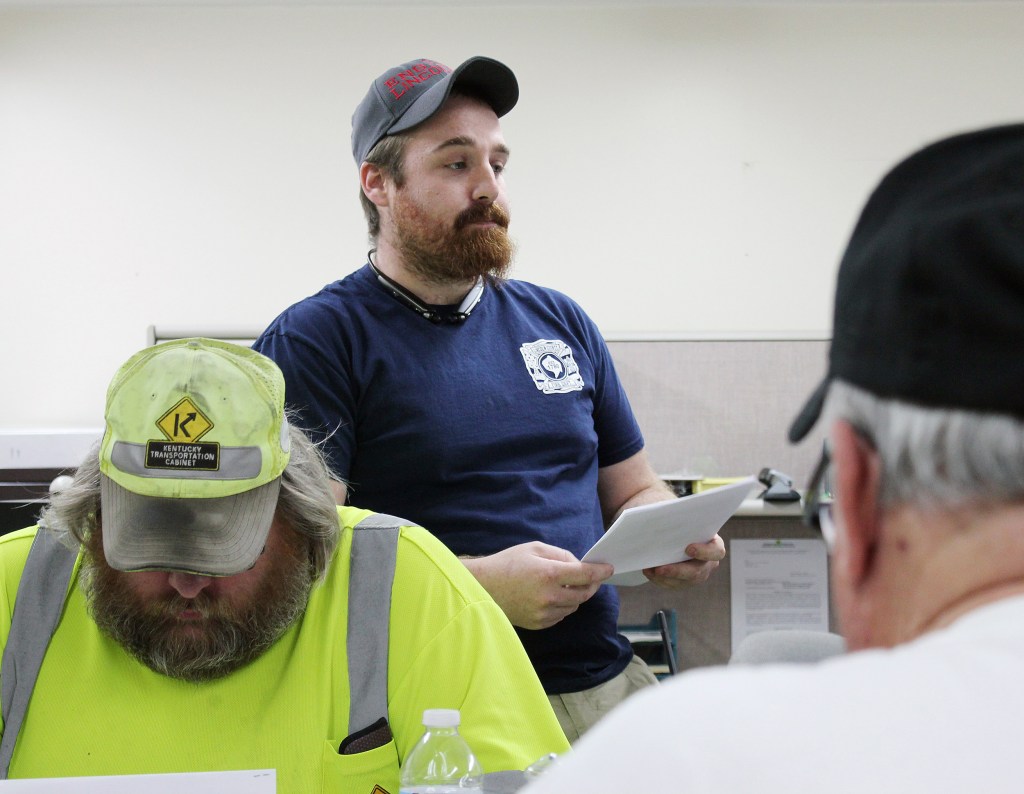 STANFORD – Last month the Lincoln County Fire Protection District Board voted to increase the reimbursement pay for volunteer firefighters, but according to a letter sent to the board this week, some firefighters believe that increase should have been higher.

Captain Sean Reardon of Fire Station No. 3 expanded on the contents of the letter during the board’s regular monthly meeting Monday night.

Reardon said following last month’s meeting a group of firefighters discussed the recent increase and agreed the reimbursement for officers and firefighters should be higher.

“We felt like something a little bit different could’ve maybe been done with the reimbursement, not necessarily just upping it,” he said.

“They are the ones that should be taking command of your scenes, being a role model on scene, taking care of the fire station,” he said.

In the letter, Reardon writes, “Officers have a lot of work to handle, plus they have worked so much to getting a higher position.”

Currently, firefighters and officers are reimbursed $12 per run, no matter their rank, title or how long they are on the scene, Reardon said. Junior firefighters receive no pay for their participation.

In January, Fire Chief Danny Glass told the board volunteer membership across the county is at an “all-time low.”

Monday night, Reardon proposed the following: $20 per run for command staff including chief, assistant chief, captain and lieutenant); $15 per run for firefighters, certified or non-certified; and $15 per training class, up to two trainings a month.

“Trainings have also become an issue getting members to show up,” the letter states. “We feel that reimbursement for training would show more recognition in what they do and will help increase training volume.”

He also proposed increasing the pay for firefighters who are on a scene for longer than three hours. Reardon suggested increasing the $12 per run to $15 or $20 after the three-hour time period.

Board member Mike Mullins said he agrees that the board should’ve increased the reimbursement more, specifically for command staff.

Mullins also agreed that volunteers should be paid for at least two trainings per month.

“The two Juniors I know of in the county…they respond to just as many, if not more calls, then some of our firefighters do,” he said.

Board Treasurer Barbara Carrier said if they were to offer payment for trainings to each of the estimated 98-to-99 members, it would cost more than $30,000 a year.

“That’s about all you have budgeted, I think,” Glass said.

“That’s not including runs or anything,” Carrier said. “We are right at our $30,000 budget just for reimbursement for the runs.”

“Like I said, I’m just bringing it to the board. Those are just some figures we talked about. The board can decide whatever amounts they want to,” Reardon said.

The board voted to table the discussion until the next meeting. In the meantime they plan to study the budget numbers and research the child labor laws regarding the Junior Firefighter program.