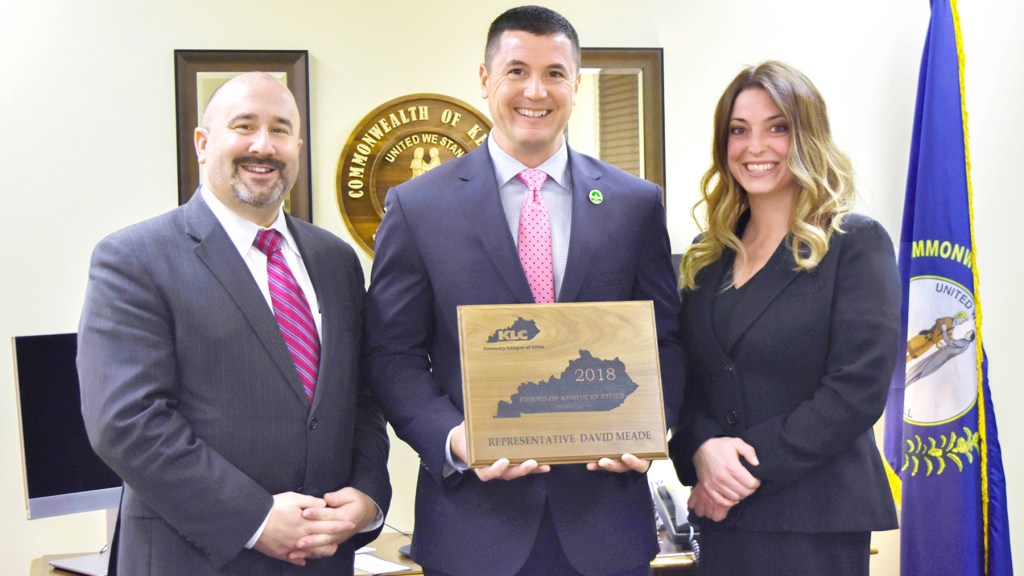 Representative Meade carried Senate Bill 97 on the House floor. The KLC initiative provides new guidelines for municipal annexation. He has also been a key voice for cities on the pension issue.

Chaney thanked Representative Meade for his willingness to work with KLC on issues important to cities. “He is someone we can count on to sit down and talk, whenever necessary, to ensure the needs and concerns of cities are addressed,” he said. “Representative Meade was a strong supporter of the annexation bill that sets a statute of limitations for a legal challenge to an annexation. We look forward to working with him in his new role as Speaker Pro Tem.”

KLC Executive Director/CEO Jonathan Steiner added his appreciation for the support Representative Meade has given to issues important to cities. “It is extremely valuable to have legislators who understand the vital role cities play in our state. The legislation Representative Meade championed and his willingness to stand up for cities in the pension debate show he is a true friend of cities.”

“As someone who recognizes the vast contributions of local government to our communities, I’m honored to receive this award from the League of Cities,” said Representative Meade. “City governments provide quality services to our citizens in an efficient manner and will always have an ally in Frankfort while I have the opportunity to serve.”

Founded in 1927, the Kentucky League of Cities is a membership association of more than 370 cities across the commonwealth. KLC presents the “Friend of Kentucky Cities” award to legislators who perform outstanding work advocating for issues that impact cities across the state.