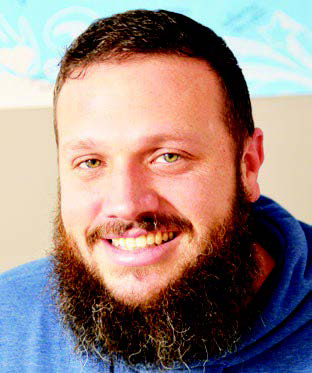 Four Kentuckians have sued Gov. Matt Bevin over the state’s arbitrary process for restoring voting rights to former felons. Bevin’s office has called the lawsuit an attempt to “weaponize the U.S. Constitution.”

Bevin’s communications director, Elizabeth Kuhn, says the governor intends to seek dismissal of the lawsuit because it seeks to “enable federal courts to upend the state constitutional process that Kentucky has followed for more than a century.”

Roger Fox, a 34-year-old Stanford man, is one of the plaintiffs. The Fair Elections Center (FEC) out of D.C. backs the suit, along with the Kentucky Equal Justice Center (KEJC) in Lexington.

Although incarcerated felons are generally made ineligible to vote, states are able to make policy choices about how to reinstate those rights. The trend for many decades has been toward automatic reinstatement upon sentence completion. In Maine and Vermont, felons never lose the right, even while in prison.

According to the National Conference of State Legislatures, in 14 states and D.C., felons lose voting rights only while incarcerated and receive automatic restoration upon release. In 22 states, felons lose the right during incarceration and while on parole or probation, then they are automatically restored.

In 12 states, felons lose them indefinitely for some crimes or require a governor’s pardon in order for them to be restored, or face additional waiting periods. Kentucky and Iowa are two of those states, and known for having the strictest regulations.

Fox, who served seven years on drug charges, reaches the end of his sentence in March. At that point, he’ll be eligible to have his voting rights restored, but he must first fill out a two-page application — and then hope for the best.
He was informed about the application by someone he knows who works in a county clerk’s office. “She wasn’t sure of the exact process, but knew that it had to go back to the governor to be approved,” Fox said. “But my problem is — there’s no clear indication that you’ll ever get that right back.”

The application asks details about the former inmate’s criminal background; if they’ve ever been convicted of a federal crime, violent or sexual offense, assault, treason or bribery; and if there are any outstanding warrants, unpaid restitution or fines. It requires applicants to provide information about their most recent felony conviction, such as length of sentence, county and date of conviction, and the institution they were released from.

However, the application, found on the DOC’s website, also still lists former Gov. Beshear’s executive order, from ‘15, which states civil rights are automatically restored for certain felony offenders upon receipt of final discharge. That is no longer the case since Bevin took office.

Katherine Williams, public information officer for the DOT, said inmates who are being discharged from an institution “can receive the form from the reentry coordinator or case worker.” She said if the offender is being discharged from probation or parole, then they are provided the civil rights restoration form with discharge papers.

Completed applications are submitted to the Division of Probation and Parole, screened and sent to Bevin, who has unrestricted power to deny or grant the requests.

Communications Director Kuhn says Bevin “is committed to the state constitutional process and has restored the right to vote to more than 1,000 felons since taking office.”

However, KEJC Senior Counsel Ben Carter said Kentucky’s present system now excludes 9 percent of eligible voters because of a felony convictions, even after they’ve paid their debt to society in full.

There are no time limits for the DOC or the governor to follow in processing the applications and making decisions.
This has created a backlog of applicants awaiting a decision.

According to KEJC and FEC, there were 1,459 people awaiting the word on getting their voter rights restored as of March 2018. The organizations say that as of 2016, the Sentencing Project — a D.C.-based research and advocacy center — found that Kentucky had an estimated 242,987 former felons who are without their voter rights despite completing their full sentences.

‘A right I should get back’

After he got out of jail, Fox graduated from a residential treatment program for addiction, becoming a reliable worker to those who gave him a second chance. Eventually, he returned to the program he once sought treatment from, The Shepherd’s House, this time as an employee.

Being a plaintiff on the suit against Bevin is important to him.

“I’ve jumped through the hoops. I’m a productive member of the community, and I want to continue that by voting,” Fox said.

Now a coordinator of the program, he works with former inmates on drug counseling, job training, mentoring and more, which is funded by local governments. He works with a substance abuse coalition to spread awareness about addiction and prevention, and participates on a criminal justice council. Fox is also a full-time college student.

To say he’s “not comfortable” being left unsure whether he’ll ever be allowed to vote again is an understatement, he said. “I feel like I paid my debts to society. I pay taxes; I take care of my kids. It’s a right I should get back.”

Fox said the decision of whether to reinstate a citizen’s voting rights shouldn’t be an arbitrary process without clear-cut, defining factors about how those decisions are made.

“I just need a clear path. Show me what I have to do; don’t leave me hanging. And I don’t think it’s right that the decision is left up to one single person to make, either,” Fox said.
Carter said the right to vote is a fundamental one — probably the most fundamental one.

“Courts have been very clear. Fundamental rights cannot be subject to the arbitrary whims of government officials,” he
said.
Earlier in January, Florida’s voting restoration system was changed by a state constitutional amendment, restoring the right to more than a million people. Iowa’s governor has also proposed an amendment restoring rights to those with completed sentences, which will be put in front of voters if the legislature agrees.

The two organizations behind the lawsuit against Bevin argue the state’s arbitrary rights restoration process violates the Constitution, preventing people who have served their sentences from fully re-entering society. The lawsuit asks the court to order the state to establish a non-arbitrary system for rights restorations “with specific and neutral criteria for all Kentuckians with felony convictions.”

Fox said he cares about national politics, but he cares much more about local politics.

“I care about who’s sitting on my kids’ board of education, the county judge-executive,” he said. “Those who affect me the most. Being able to participate in that is huge for me. I knew I had to be a part of this. I like trying to make change happen, and I think this is a positive one.”

“Kentucky is fighting an increasingly lonely battle to preserve a 19th-century system that forces American citizens to plead for restoration of their voting rights,” said Jon Sherman, senior counsel for the FEC, who also headed up a lawsuit against Florida’s old reinstatement process. “This lawsuit gives state officials and legislators an opportunity to reform a broken and unconstitutional system, which excludes hundreds of thousands of people from our democracy, even if they have already done everything the criminal justice system required of them.”

As to the statement from Bevin’s office regarding the lawsuit, Sherman said it doesn’t matter how long Kentucky has used an arbitrary restoration process.

“I just think it’s galling that they say we’ve been doing it for over a century. That doesn’t matter. Their practice of giving the government unfettered power on whether or not a felon’s voting rights are restored violates the Constitution.” The Supreme Court case the FEC relies on dates back to World War II. It’s the same decision a federal judge in Florida cited in striking down its arbitrary system, Sherman said.

“At least the governor of Iowa stated … she’s in support of restoring felons’ voter rights, once their full sentences are complete. But that’s where most of the country has landed — most of the country has moved on from the issue,” Sherman said. “The criminal justice system already forces felons through a whole process … once they’ve done everything, they should be restored their right to vote.”

SO YOU KNOW
The Fair Elections Center is a national, nonpartisan voting rights and election form organization which works to remove barriers to registration and voting for traditionally underrepresented constituents.

Kentucky Equal Justice Center is a nonprofit law firm and advocacy organization that works to promote equal justice for all residents of the Commonwealth for advocating for low income people and other vulnerable communities.