Coffey elected to AAA board of directors 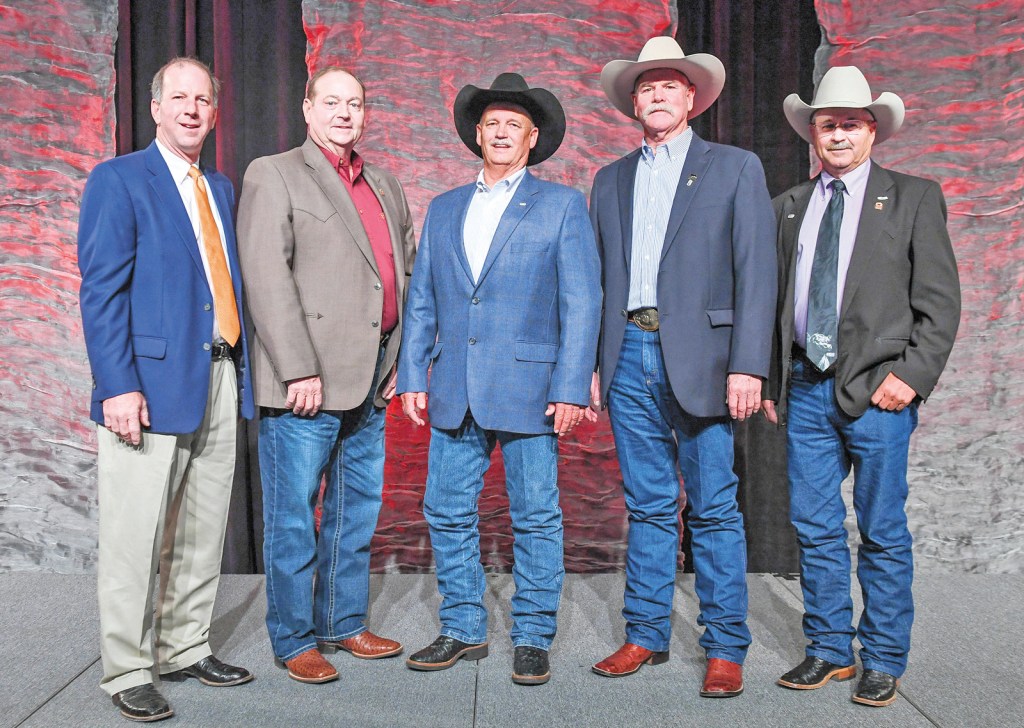 Photo by Eric Mull, on behalf of the American Angus Association THE DELEGATES elected to the AAA Board of Directors were, from left: James Coffey, Hustonville, Kentucky, Jim Brinkley of Milan, Missouri, Mike McCravy of Bowdon, Georgia, Chuck Grove of Forest, Virginia, and Mick Varilek of Geddes, South Dakota.

James Coffey of Hustonville was one of five delegates elected to the American Angus Association (AAA) Board of Directors at the organization’s 135th annual meeting in Columbus, Ohio.

The meeting was held in conjunction with the 2018 Angus Convention.

The delegates elected to the organization’s board in addition to Coffey were Jim Brinkley of Milan, Missouri, Mike McCravy of Bowdon, Georgia, Chuck Grove of Forest, Virginia, and Mick Varilek of Geddes, South Dakota.

James Coffey, is a fifth-generation Angus breeder who was raised on the family’s cattle and tobacco farm, Branch View Angus, near Hustonville. Coffey has spent his life working alongside his father and grandfather helping with the cattle operation and previously the tobacco operation. While serving on the American Angus Association board of directors, he has served as Angus Foundation chairman and on the Angus Productions Inc. board of directors. He also served as chair of the industry relations committee and on the finance and planning committee.