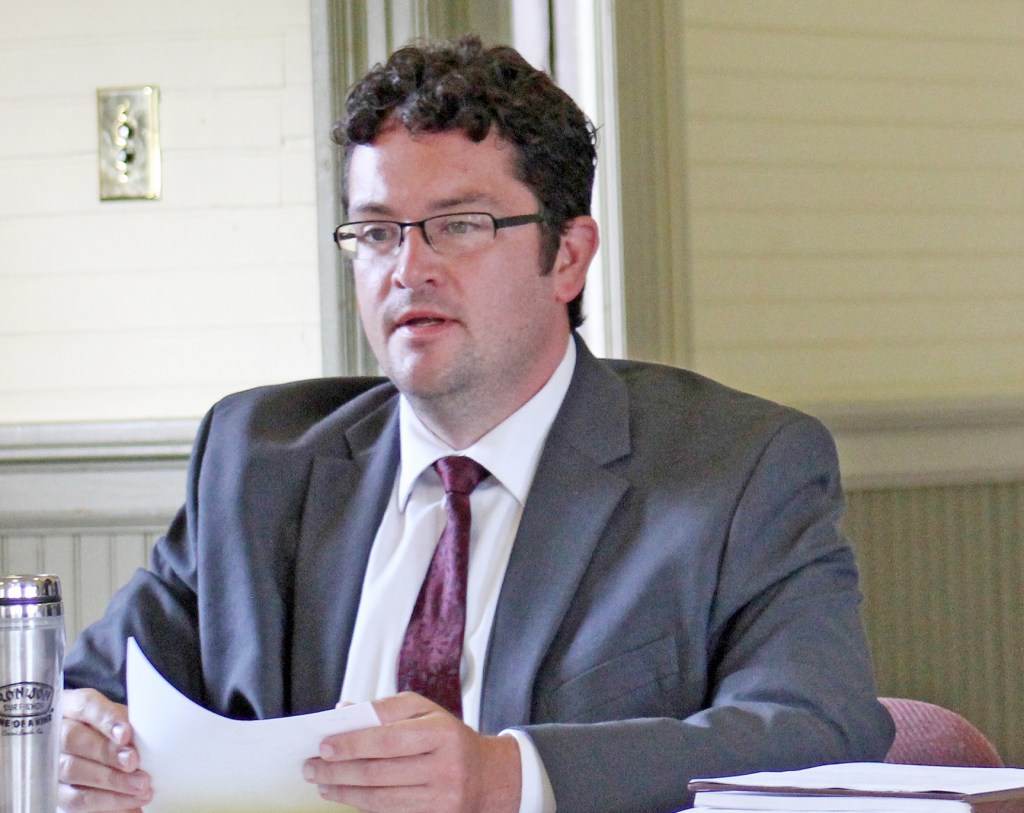 STANFORD— Stanford City Attorney Christopher Reed has resigned from his position, citing “recent changes and actions of unnamed city officials” as the reasons for his resignation.

In his official letter of resignation, Reed said working for the city has been a rewarding experience but “recent changes and various actions of unnamed city officials, coupled with my own private reasons, have made continued employment unhealthy.”

Following the two-week resignation period, Reed elaborated on the circumstances that led to his decision.

“I believe it’s a part of the official record that one of the council people was actively spouting the word ‘malpractice’ and claiming that I had committed it in representing the city,” Reed said. “Whenever that happens, I have a duty. I can no longer continue to represent an individual which there’s such an obvious conflict with.”

The council member Reed was referring to is Peggy Hester, who has been vocal on the issue of code enforcement. Reed and Hester both suggested the other recuse themselves from voting on a particular property issue involving Tommy Owens. Reed suggested Hester’s former relationship with Owens was cause for her to recuse herself, while Hester claimed Reed had represented Owens as an attorney in the past and should recuse himself.

Reed spoke to those claims this week, saying he has never represented Owens but because of the obvious disagreements between him and Hester, as well as other council members, he would have to recuse himself at this point.

“I would have to recuse from representation anyhow, because there is such a breakdown of the attorney-client relationship where they’re (city council members) no longer taking my advice, and no longer listening to my advice, even though I’ve worked with the (Kentucky) League of Cities (KLC) in drafting and coming up with my recommendations, and the League has even felt the need to say my recommendations are well-founded in fact.”

Reed said he has proof that shows council members contacted the KLC after he gave them advice. That lack of trust forces Reed’s hand, according to Supreme Court Rule III, he said.

He said he also submitted an annual report for council members to review that includes all of his clients, and that the list did not include any representation of Tommy Owens.

The only interaction with Owens that Reed has had was writing a deed for a property that Owens owns, he said.

During a phone interview Wednesday, Hester responded to Reed’s resignation and comments.

“I never used the word ‘malpractice’,” Hester said. “When they asked me to recuse myself, I very simply said, ‘If I have to recuse myself, then, he’s (Reed) represented Tommy – that’s what he told me, that he had represented him. He told me in front of other people after a meeting at the L&N Depot, the first night this all came up. He said, ‘Tommy still owes me $600 on this deal over here.’ I don’t know what deal he’s talking about…so I felt he should recuse himself.

I also feel like Eddie Carter (mayor) should recuse himself,” she said. “He said in front of the council and people that had come to the meeting that night that he was a longtime friend of Tommy’s, that he had talked to him on the phone that day and that Tommy (Owens) was mad. So I felt like he had enough knowledge that he needed to recuse himself from this completely.”

Hester said she can’t prove it, but she knows what was said in her presence.

“I know what he (Reed) said. I feel like anyone that the city employees as the city attorney, their first obligation is to the city, not to any individual. So I saw no need for him (Reed) to go out and talk to Tommy on this issue. That should’ve been done publicly,” she said. “He is our city attorney and any representation should’ve been for the city.”

While Reed felt the city council no longer trusted his recommendations, he said Mayor Eddie Carter did not share those sentiments.

“In fact, during the last meeting, he came out and supported my advice,” he said.

Reed said he’s not thrilled about leaving the position, as helping the city is work that he truly enjoys.

Each council member is responsible for drafting their own legislation, Reed said, but writing ordinances is a task that he has taken on for the city since his appointment in 2015.

Reed said he’s been able to save the city thousands of dollars by not charging his usual flat-rate for representation.

Despite the obvious disagreements with city council members, Reed said he feels like the city has made substantial progress, especially when it comes to recent ordinances on code enforcement and the adoption of House Bill 422.

Reed had also filed to run for mayor earlier this year but withdrew from the race. For now, he will continue representing clients through his local practice and working for local charities, as well as advising sitting city attorneys in other cities, he said.

“I’m still the chair-elect for local government (through the Kentucky Bar Association), so I still will be advising other city attorneys around the Commonwealth on how to handle matters exactly like this,” he said.