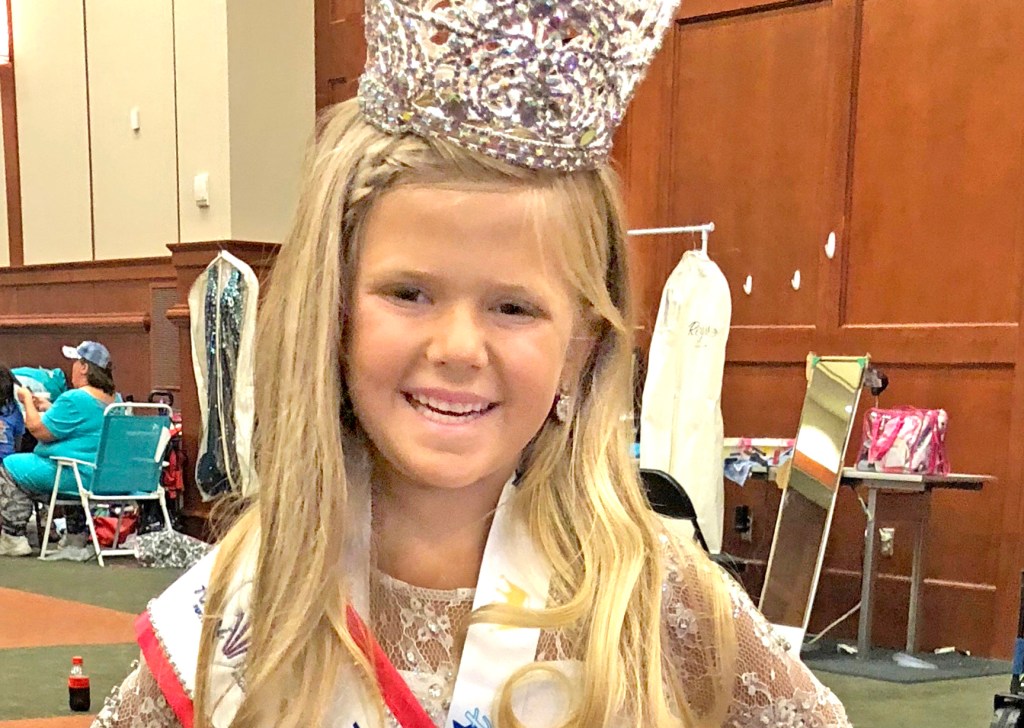 Six-year-old Ember Genco of Stanford was crowned the 2018 Little Miss U.S. Grand Supreme at the AmeriFest National Pageant in Sevierville, Tennessee on July 29.

Ember, the daughter of Deanna Cooke and Justin Genco, was chosen as the top candidate out of a field of 50 girls ranging in age from 4 to 8 years old.

Ember’s road to the Little Miss U.S. Grand Supreme Pageant began right here in Stanford when she won the “From the Bottom of Our Hearts” Pageant, a fundraiser event set up by Kendra Smith to benefit Relay for Life. From there, she went on to win the Little Miss Kentucky Mini Supreme title at the Kentucky State Festivals Pageant, which qualified her to compete at AmeriFest Nationals.

Ember and her family would like to thank the pageant sponsors Little Miss Dress Up, Images Model Agency, Tiffany Porter Custom Jewelry and Cook Studio for her prize package.