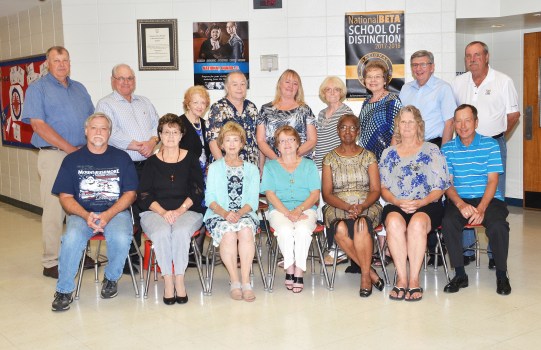 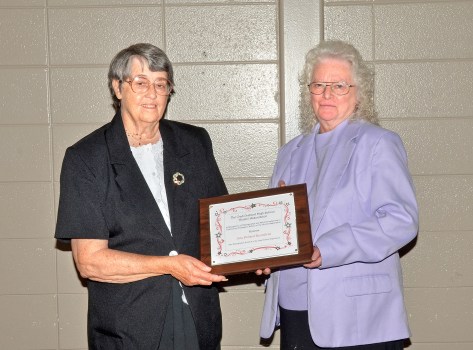 The honored class was just a small part of the dozens of former students, graduates, teachers and friends on hand for the annual banquet held at Lincoln County High School.

Jean Morris, Alumni Association president, presided over the banquet, which is held each year to honor every graduate of the former Crab Orchard High School. Barbara Reynolds and June Roundtree assisted at the event.

The old Crab Orchard school closed its doors at the end of the 1973-74 school year and has since been razed.

In addition to the honored class, there was one former graduate who was singled out for their dedication to the former school and the Crab Orchard Alumni Association.

June Pollard Roundtree, a 1961 graduate of Crab Orchard High School, was presented with the 2018 Distinguished Alumnus Award. Barbara Reynolds, who made the presentation of the award, said that Roundtree was synonymous with the Alumni Association.

Reynolds added that Roundtree was a former employee at Crab Orchard Elementary School, that she had humbly served as a caregiver for a number of individuals and that she and her late husband were involved in a jail ministry for many years.