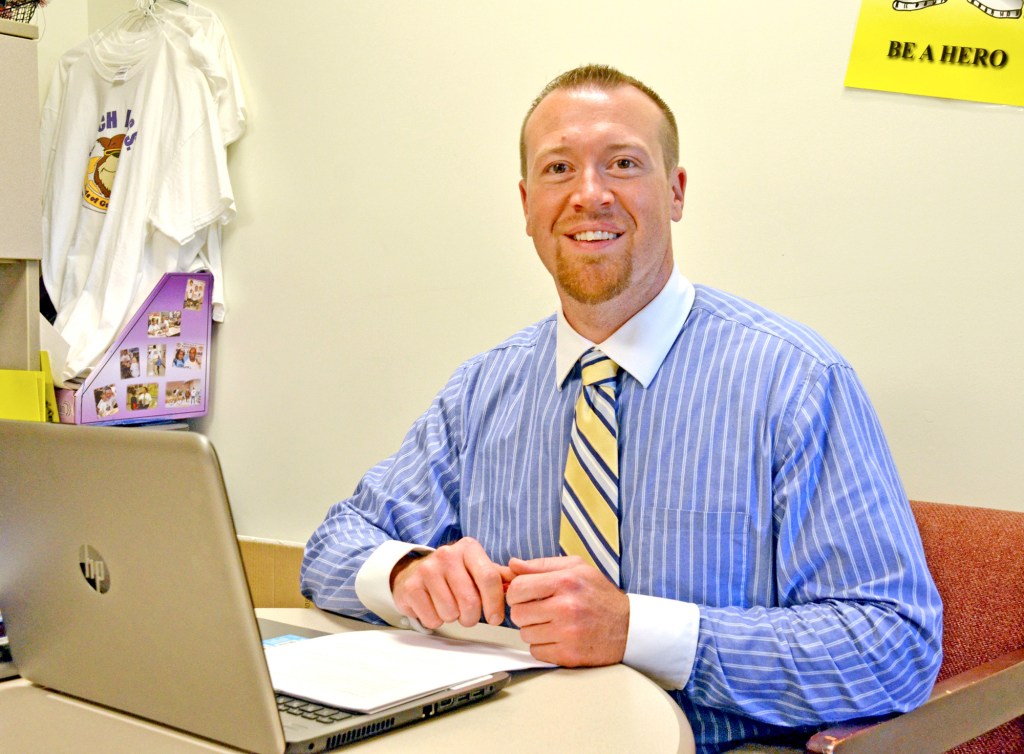 CRAB ORCHARD — When the doors open for the 2018-19 school year, there will be a new principal greeting students at Crab Orchard Elementary School.

“I’m honored and humbled that they have selected me to be principal of Crab Orchard Elementary,” Abbott said. “I understand that there is already a great staff in place and I’m excited to work with them. I feel fortunate to have the opportunity to join the Lincoln School District and I want to continue the positive direction that the school is already heading.”

By accepting the Crab Orchard job, Abbott stepped into the role of principal for the first time.

“I’ve had some other leadership roles, but this is my first principalship,” he said. “I’ve thought about administration for a while and I’ve had some leadership roles in my district … But I’ve been just kind of sitting back for the past few years just trying to observe and learn.”

As he mulled making the step up to principal, Abbott and his family made numerous trips through Lincoln County.

“My father-in-law lives in Harrodsburg so we drive through here quite a bit, and we talked about how beautiful Lincoln County is, in particular the Crab Orchard, Stanford and Danville areas,” he said. “We loved the area and began to kind of contemplate the idea of ‘that might be a good place to put down roots and raise our children.’”

“And then it just so happened that this particular job opened up,” said Abbott. “I had been on the lookout for some jobs. We had also looked at the Winchester area and Clark County and there were some jobs that opened up back home even.”

“Once I interviewed here. It just felt right. I felt at home with the site-based council and Mr. Rowe certainly made me feel welcomed. It felt like this was the place for me,” he said. “This school has a lot of similarities with the school that I’m coming from as far as the school population, community needs. Also they’re a ‘Leader in Me’ school. We were a ‘Leader in Me’ school at the school I’m coming from at Pineville. I felt like it was a family-oriented environment and it was very welcoming.”

After accepting the job, Abbott wasted little time familiarizing himself with Crab Orchard Elementary, shadowing Tomlinson for a couple weeks before his official start date of July 1.

“What she’s been doing has been fairly successful, so I want to glean from her any kind of expertise, any kind of inside information she might have that would make the transition go as smoothly as possible,” he said. “She was extremely gracious and a great host. She was kind and welcoming.”

As the new instructional leader at Crab Orchard, Abbott says his goals are to continue building relationships and making sure each student realizes their full potential.

“My overall vision is to help strengthen relationships with the school and the community,” he said. “There is already a strong relationship and I want to continue that. I also want to see our children in this community reach their full potential and be able to contribute.”

Abbott will be bringing his wife, Brooke, and their two daughters, Addison, 9, and Avery, 8, to join him at Crab Orchard.