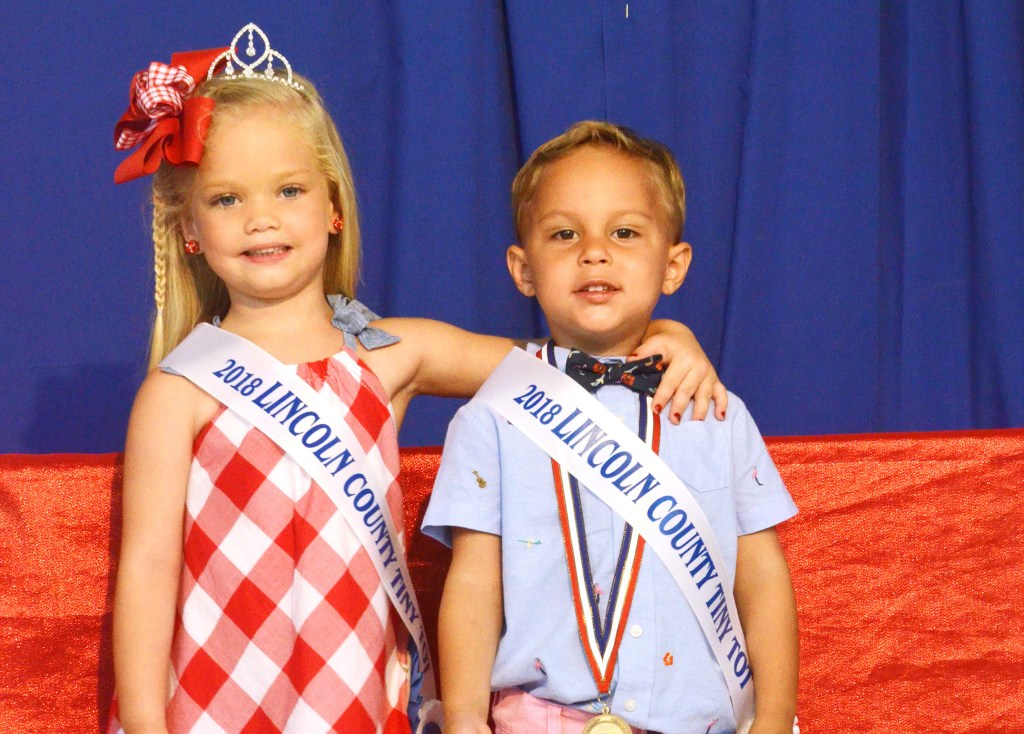 STANFORD — The Lincoln County Fair capped off its three nights of pageants with the crowning of its 2018 Tiny Tots winners.
Haidyn Lawson was crowned the Tiny Tots princess and Claude “Peyton” Scott Newcomb was presented the Tiny Tots prince medallion Thursday night at the Teddy Gilbert Pageant Pavilion. Each also received a trophy, sash and $25 cash award.

Haidyn, who was attired in a red and white plaid summer dress with denim ribbons, and Peyton, clad in light red shorts, a blue button-down and a navy bow tie, smiled and waved proudly for family and friends as they stepped to center stage after being deemed the top contestants.

Haidyn is the daughter of Tyler and Hannah Lawson and Peyton is the son of Tara and Scott Newcomb.

Ellen Sue Hatter and Chevy King were named first runners-up in the contest. Ellen Sue, the daughter of Jesse and Jamie Hatter, was the runner-up in the girls contest and Chevy, the son of Tim and Marissa Bently and Levi and Caressa King, was the boys runner-up.

Each of the Tiny Tots contestants, who were judged individually and not as a couple, were interviewed on stage in front of the judges.