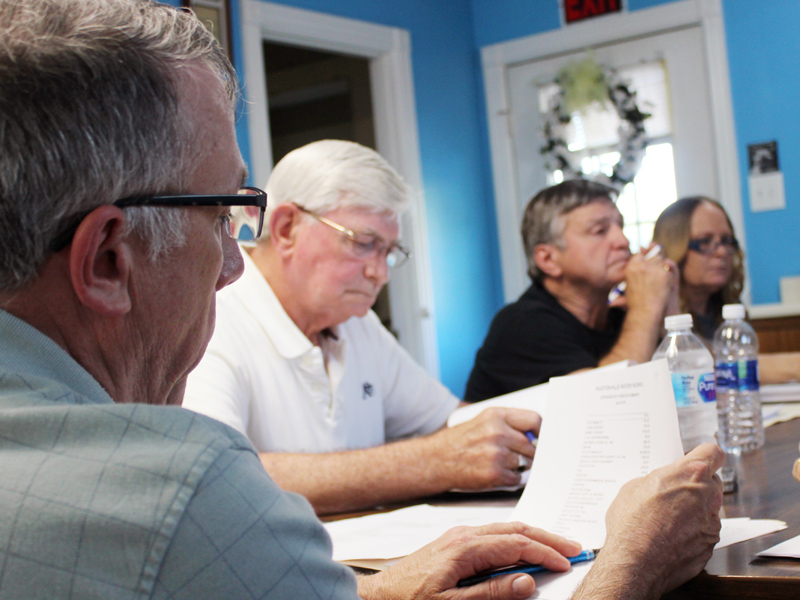 HUSTONVILLE — The City of Hustonville has amended its starting pay for water department employees after hiring someone for $2 above the existing pay scale.

After an advertisement for a $10 per hour position with Hustonville Water Department failed to yield any applications, the city decided to increase the advertisement’s starting pay to $12, with hopes of attracting candidates to the position.

Since the second advertisement, the city has hired someone for the position at $12 an hour and earlier this month, the city council voted to amend the starting pay for city employees from $10 to $12 per hour.

While raising the starting pay takes care of the new water department employee, current employees argued that leaving the rest of the pay scale in place would lead to a less-experienced worker making close to the same salary of employees with 10 to 15 years of experience.

The original starting pay for a water department worker was $10 an hour. After 90 days, a 50-cent raise was given and after one year, another 75-cent raise was added. After two years, the pay increased by $1 to $12.25. Three-year pay was $14.30 an hour and an additional 30 cents was added during the fourth year of employment. After five years, a water department worker made $15.10 an hour.

If a water department employee earns or holds additional certification, the two-year pay was $14.30. The pay for those employees increased by $1 after three years, followed by a 45-cent raise the fourth year and an additional 50-cent raise after five years, ending with $16.25 an hour.

Since the city has already hired a water department worker, Peyton said the council would need to amend the pay scale.

“The city, we’ve been in trouble with the labor board before and I don’t want to see it happen again,” he said. “I think we have to, since we’ve already done it. We hired him for $2 above our set starting rate.”

Alan Sims, a city council member, said to make it fair, the city should raise the existing employees’ pay.

City Attorney Jonathan Baker suggested amending the starting pay to $12 and leaving it at $12 an hour for the first two years, with no raise. After two years, the pay would be in line with the rest of the current pay scale.

“Starting pay, 90 days and one year would all be the same,” Baker said.

Peyton said a 25-cent raise after two years of service would be an insult.

James Sullivan, a current city water employee, argued if the city were to leave the current pay scale in place, aside from changing the starting pay to $12 an hour, employees with less experience and fewer years of service would be making about the same as 10-to-15 year employees.

“These people do us a good service and I think they should be compensated very well,” said Council member Marc Spivey. “I want to do what is right for everybody across the board.”

Baker recommended the city amend the starting pay to $12 an hour now and return sometime within the next two years to amend the remainder of the pay scale once they have examined the city’s finances with an auditor.

“I don’t know how every one else feels about it, (but) I’m not staying with a company for two years and not getting a raise,” Peyton said.

Council member Cecil Maddox made a motion to amend the starting pay to $12 an hour for one year.

“We’ll get with the auditor and see what’s right,” said Council member Jimmy Evans.  “We just don’t need to make a decision in the spur of a moment. We need to look into it a little more.”