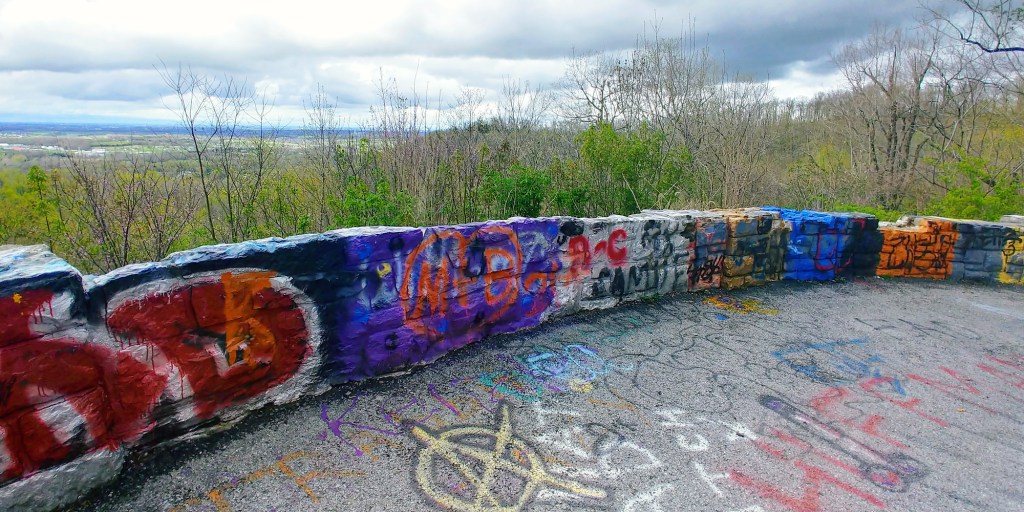 HALLS GAP — As trash and graffiti cover the area of a well-known scenic overlook in Lincoln County once again, a resident of Halls Gap is asking the community to come together for one day to clean it all up.

Hunter Taylor, known to many as the unofficial “Mayor of Halls Gap,” said the Halls Gap Historical Overlook could use some cleaning and he’s asking the community to help him with the project.

It’s not the first time Taylor has organized an effort to beautify the scenic overlook, which is located about five miles south of Stanford and provides visitors with a panoramic view of of Lincoln, Mercer, Garrard, Boyle and Jessamine Counties.

Taylor said he was doing some minor clean-up at the overlook recently when he realized it had been a while since a community clean-up effort had been organized.

While at the overlook, Taylor posted a video on Facebook showing the graffiti-covered stone wall and trash scattered across the grassy area, and asked for local volunteers to join him May 12 to give the area a makeover.

“People have (thrown) tires, trash, beer cans and who knows what else up here,” Taylor said. 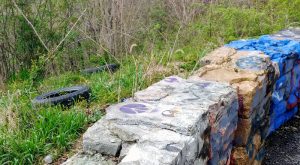 Photo by Abigail Whitehouse
Tires and trash line the outside of the stonewall at Hall’s Gap Historical Overlook.

The clean-up is scheduled to start at 10 a.m. and anyone is invited to help, Taylor said.

“Whatever you’ve got, bring it with you. If you have a tool but you’re not able to do the work, bring it by,” he said. “Let’s, as a community, come back together again, clean this up again, get it looking good again.” 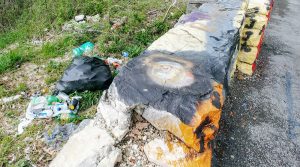 Trash bags and gloves will be provided, Taylor said.

The Halls Gap Historical Overlook is located along Ky. 1247, off of U.S. 27  between Stanford and Somerset.