‘It All Seemed So Real’: Lincoln responders practice for active shooter incident 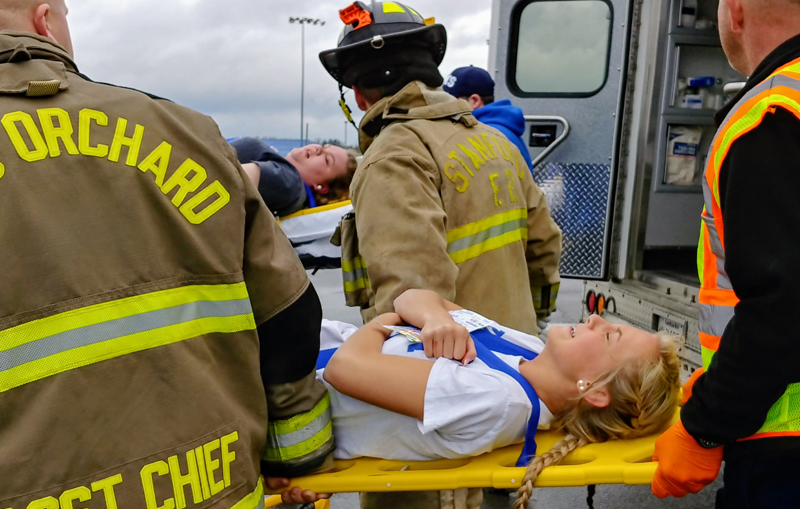 Photo by Abigail Whitehouse Mock victims are wheeled to a nearby ambulance during the county's active shooter driller Monday.

STANFORD — The screams could be heard across the school Monday as students put on their best, and what some called ‘eerily real,’ performance as active shooter victims.

It all seemed so real, according to many of the first responders who participated in the active shooter drill at Lincoln County High School Monday morning.

LCHS students had realistic gun shot wounds painted on their bodies as they allowed first responders to evaluate their injuries and assess the situation. While many students screamed in fake pain, others reached for friends’ hands and called out for help.

The exercise began at about 9:30 a.m and lasted about one hour.

“We had over 100 participants, 30 agencies from five counties. It went really well. With the weather not cooperating very much, our numbers were down just a little, but it turned out better than I expected,” Gilliam said. “Overall it went really well.”

Gilliam said there were also a few state agencies involved in the exercise.

“We’ve done this enough that we work together and cooperate and do a really good job,” he said. “There’s always a few problems, but you expect that. It’s better to be aware that they’re going to happen than them just kind of popping up.”

Gilliam said critique sheets were filled out after the exercise and had many positive comments.

The drill tests everything from the initial call out to 911 dispatchers and arrival times for first responders to the assessment and triage of patients and handling of media and parent inquiries on scene.

Lincoln County Superintendent Michael Rowe said the drill is one that could save lives in the future.

“If a drill like today can save one life, then it is definitely worth it,” Rowe said.

Emergency Management Deputy Director Trish O’Quin said it’s always a positive thing when so many agencies come together for a common goal.

“It was great to see all the different counties and agencies come together and see the scenario play out,” O’Quin said. 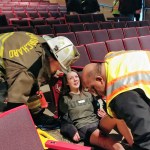 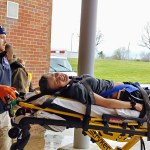 Photo by Abigail Whitehouse A Lincoln County High School student is wheeled to a nearby ambulance during the county’s active shooter drill Monday morning. 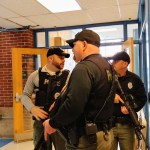 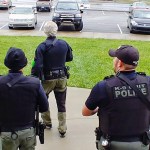 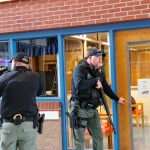 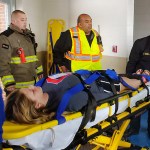 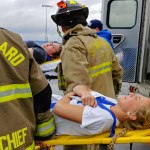 Photo by Abigail Whitehouse Mock victims are wheeled to a nearby ambulance during the county’s active shooter driller Monday. 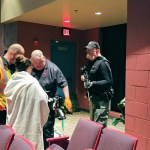