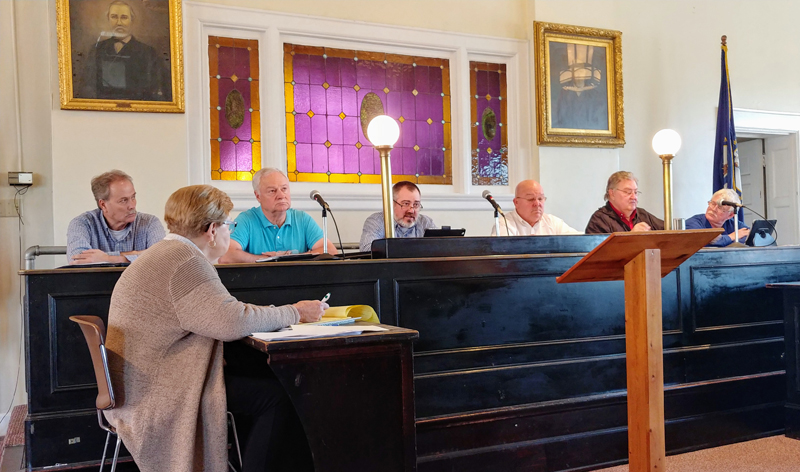 STANFORD — With fees on water meters still tied up in court, Lincoln County Fiscal Court magistrates voted Tuesday to fund the cost of 911 services for residents in the unincorporated areas of the county and leave the remaining percentage for the three incorporated cities to cover.

According to Judge-Executive Jim Adams, the $4 water meter fees put in place to fund 911 services have only been collected by one water company in the county, Eubank Water.

“We started the water meter fees on the south end and, of course, these people are a little upset that they’re still paying their ($4) landline fees, those that do have them, and I can understand,” Adams said. “We now have a cost associated with starting the program that the providers (water companies) will incur.”

That water meter fee has been suspended for the time being, Adams said, and the money received will be put in escrow by Bluegrass 911 due to the pending litigation.

“Some refused to pay, which is fine,” he said. “We’ll have a list from Eubank. Their people are very cooperative.”

Adams said about 2,000 of the 4,000 Eubank Water company customers are in Lincoln County.

“We’d like to have a revenue stream that’s going to support 911 in the future…the monies that we have to prop up 911 with or make sure the budget works, are coming from the general fund, so it’s tax money,” he said.

“There’s been a discussion about the cost that we’re going to have to budget for our 911 service, in addition to the landline fees, and that cost is going to be $74,404 and that’s to retain the $4 a month landline fee. That would be our contribution from our general funds,” Adams said. “This is the cost that we have to come up with to balance the budget at (Bluegrass 911), in addition to the $4 phone line fee in Lincoln County. Garrard County’s is at $5 (per landline) so this is the difference.”

It’s also in addition to the fees applied to cell phones on the state level.

Faulkner said the 2018-19 Bluegrass 911 budget is based on the funding revenue stream that both Lincoln and Garrard counties have today.

“That’s with the landlines, CMRS (Commercial Mobile Radio Service), no water meter (fees), because it’s based on what we know today to be true,” Faulkner said. “In the Lincoln County portion, there is a shortfall in the 2018-19 budget of $74,000. I want to make a motion effective July 1 this year … the Lincoln County Fiscal Court will pay 61.05 percent of that shortfall of the $74,000.”

“Whether the incorporated cities decide to pay that or fight it, it’s between them and 911. This is what we’re going to pay,” Faulkner said. “We’re giving them to July 1 because we know if we started immediately, there’s no way they could come up with the money and we want them to have time to adjust their budgets.”

The motion was seconded by Magistrate Joe Stanley and passed unanimously.

“I think that’s the most fair we can do it until we get the water meters going,” Stanley said.

‘It All Seemed So Real’: Lincoln responders practice for…