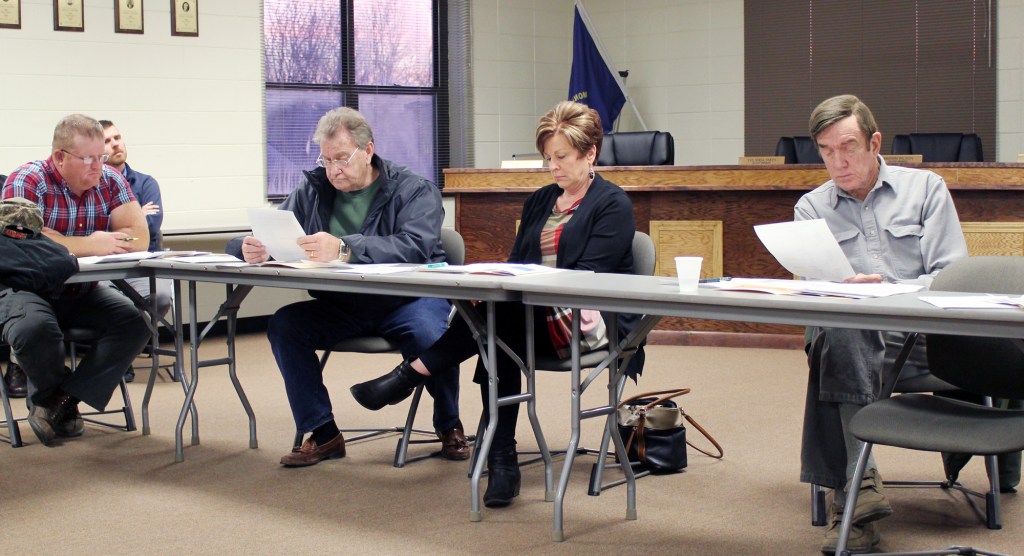 STANFORD — The Lincoln County Board of Education has denied the The Interior Journal’s open-records request to access a ‘list’ that was mentioned by a board member during last week’s public meeting.

Faced with a potential $1.9 million loss in funding, based on the governor’s proposed state budget, the school board met last week to debate and decide where savings could be found.

School board members offered ideas for savings that they believed could help prevent them from having to cut teacher positions, including cutting district-paid cellphone services and laundering of uniforms.

Board Member Theresa Long recommended cutting jobs outside of the classroom that have been created in the last three years, and said, “I have a few of those listed but I’ll leave that out for a while.”

The IJ sent an open records request for the list mentioned, which was not shared during the meeting, and received a formal response Feb. 21.

“Unfortunately, the request has to be denied pursuant to KRS 61.828 (1) (j) which exempts, ‘preliminary recommendations, and preliminary memoranda in which opinions are expressed or policies formulated or recommended’ from disclosure,” the response states.

In the denial, board attorney Jonathan Baker cites a Kentucky Court of Appeals case, Baker v. Jones, which states, “Under KRS 61.828(1) the General Assembly has determined that certain records should be exempt from disclosure. Those exempted include preliminary drafts, notes, correspondence with private individuals, other than correspondence which is intended to give notice of final action of a public agency and preliminary recommendations, and preliminary memoranda in which opinions are expressed or policies formulated or recommended.”

Baker also cited a Kentucky Attorney General advisory opinion (OAG 91-78) which stated that “the McCracken County Board of Education properly withheld preliminary recommendations and memoranda regarding teacher salaries, as they were preliminary in nature and not a final action.”

“As the requested list of Board Member Long is a preliminary recommendation or memoranda as to potential policies or modification of policies that (are) to be considered regarding the budget discussion in the February 20, 2018 meeting, is not a final action by the Board it is therefore an exception pursuant to KRS 61.828 (1),” Baker states.