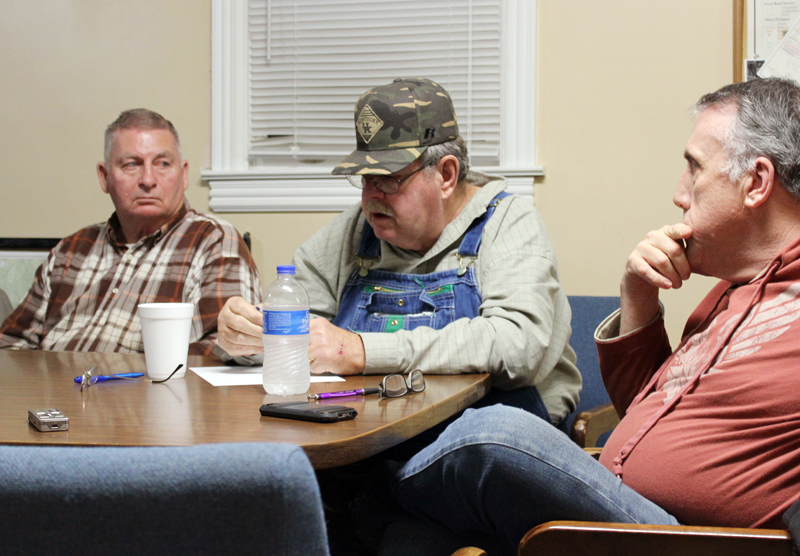 HUSTONVILLE  —  A lease agreement between the City of Hustonville and Lincoln County EMS is expected to be finalized this week, according to Mayor David Peyton.

Lincoln County EMS has tentatively agreed to provide emergency staff 24 hours a day once the new fire and emergency services building is completed and now both parties are working to finalize those plans.

Mayor David Peyton told council members Tuesday night that the Lincoln County EMS Board of Directors had not had a chance to meet yet because Ashley Powell, the director, recently suffered a heart attack.

“I was unaware that Ashley (Powell) had a heart attack and today’s his first day back to work,” Peyton said. “He had a couple stints put in, doing good, feeling good. They’ve not had an opportunity to have an official board meeting.”

Peyton said Powell informed him that he has spoken with board members and he doesn’t anticipate the board will have any issues with the proposal.

Since Lincoln EMS did not have full representation present during the Hustonville City Council’s regular Jan. 2 meeting, Peyton said Powell planned to present the lease proposal to the board of directors.

“We agreed tentatively to $200 a month, plus 50 percent of utility costs,” Peyton said Tuesday.

Peyton said the architectural and engineering firm Brandstetter Carroll provided estimates for maintenance and utilities for the new fire and emergency services building but the figures seemed higher than what similar structures in the county cost.

“The estimate was almost $1,300 a month. Scott (Maples) informed us that Stanford, of similar size, square-footage and everything, they’re utilities average $500 a month,” Peyton said.

The council voted unanimously to allow the architectural and engineering firm Brandstetter Carroll to re-bid the fire and emergency services building project. Councilman Alan Sims was not present Tuesday night.

In other business, the council voted unanimously to approve the payment of an additional $3,000 for phase two of the city’s water project.

“It came in final numbers tallied up, once deductions and add-ons came in, and came in just under $3,000 over-budget on the project,” Peyton said. “One small item made up that much money. When we went to shut the valves off at the Moreland tank, to do the cut-in, the valves would not stop the flow of water, so we had to insert the valves placed.”

“Basically, the project came in half of one-percent over budget,” he said. “If all of our state and federal projects went that way, we’d be in pretty good shape.”