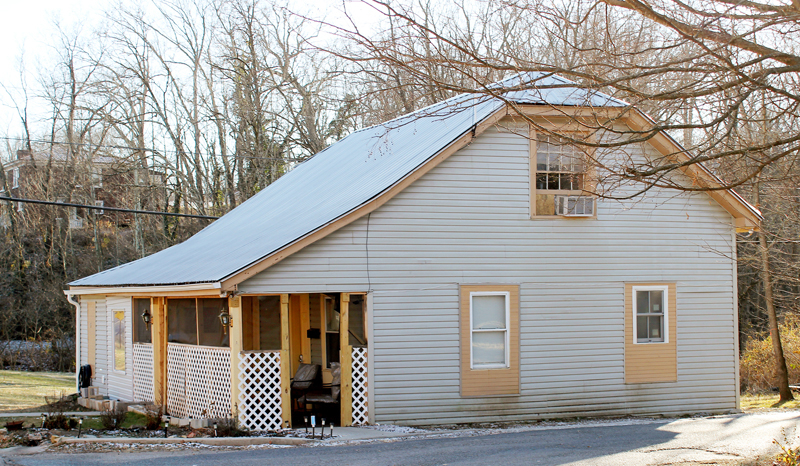 Photo by Abigail Whitehouse Pictured here is the men's shelter located on Cutoff Street in Stanford.

STANFORD — While the Lincoln County Baptist Association’s shelter for men in Stanford is open, the search for a director for the female shelter in Crab Orchard continues, delaying the shelter’s opening.

Unto Me, a male homeless shelter located at 55 Cutoff St. in Stanford, was opened by the Lincoln County Baptist Association and took in its first residents October of 2015.

The shelter was first open to both males and females but, in order to maintain insurance, the association was forced to make it a male-only facility.

That spurred plans to open a women’s shelter in the area. In 2016, the association accomplished that goal and opened By Grace Women’s Shelter in Crab Orchard.

Currently, Unto Me can house a total of eight men at one time, along with the facility manager Jimmie Blanton. Blanton said as of Tuesday evening, there are six currently staying at the shelter.

Blanton said volunteering his time to help the men get back on their feet is his calling.

“I volunteer just to stay there at night,” Blanton said. “I don’t get paid for this, I do it voluntarily because it’s my calling.”

Blanton, a Crab Orchard native, said he stays at the shelter at night and provides transportation to shelter residents in search of work.

“I take them if they need to go apply for jobs, stuff like that,” he said. “I just try to be a light to them.”

Volunteerism is a large component of the shelters, King said. Recently, local resident Mark Upchurch raised money for the association as the “man in the box.” Upchurch spent the night in a box near the Lincoln County Courthouse to raise awareness, as well as funds for the homeless.

While Unto Me remains open, King said the women’s shelter in Crab Orchard, By Grace, cannot open until a female director is found.

“The lady’s shelter is closed. We are looking for a director,” he said. “We offer free housing, utilities and we pay some on a cellphone every month.”

King said the director is not required to live at the home full-time but will be required to spend a great deal of time there.

“They can have their own place, too, but they need to be there quite a bit,” he said.

King said many shelters across the state are filling up as temperatures drop into the single digits.

“When it’s cold, you get more people than normal,” he said. “I’m surprised it’s (Unto Me) not packed full.”

When the shelter is full, King said the association provides information on nearby shelters in Nicholasville, Lexington and Somerset that may be able to accept them. When those shelters are full and the homes in Lincoln County are not, King said they’ll accept some of those looking for shelter.

“They’ve been calling us, in fact, some we have came from there (Somerset), because they’re full,” he said.

Anyone interested in making a donation or more information about the shelter can contact the Lincoln County Baptist Association at (606) 365-7123 or by email at lcbakydom@gmail.com.