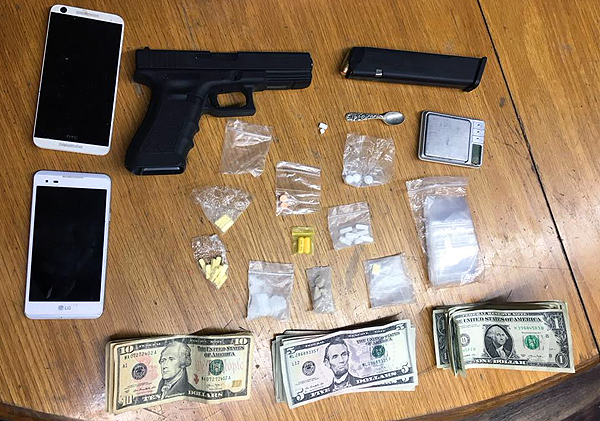 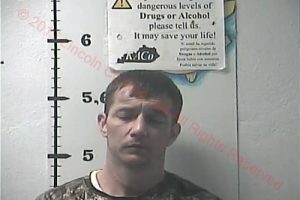 STANFORD – A man was arrested on drug-trafficking charges after law enforcement responded to a reported burglary in progress and the man allegedly fled the scene in his vehicle.

It was about 11:40 p.m. Saturday when Stanford Police Officer Ryan Kirkpatrick was called to assist Special Deputy Nick Adams, of the Lincoln County Sheriff’s Office, on a reported burglary-in-progress at 4494 US 27 near Stanford.

While en route to the location, Kirkpatrick said dispatchers alerted officers that a male subject – later identified as 34-year-old Richard Humes  – was seen loading what appeared to be a refrigerator in a blue Ford Ranger truck and that the truck had left the scene and traveled to Gilberts Creek Road.

While Adams continued the search on Gilbert’s Creek Road, Kirkpatrick traveled to Patrick Road and then Goshen Road in the Gip Morgan Road area where the blue Ford Ranger with a large object in the back was located.

Kirkpatrick said he activated his emergency lights and sirens as the vehicle turned westbound onto Goshen Cutoff but failed to stop and proceeded to make a large circle as Humes turned north onto Cassie Court and then west onto Gentry Drive.

Law enforcement continued to pursue the vehicle, which turned again onto Jenny Lane and then back onto Goshen Cutoff and traveled westbound while additional deputies were traveling east.

That’s when the vehicle made a “sharp left turn” into a private driveway and continued through the yard, striking a chain link fence, Kirkpatrick said.

The vehicle then dropped off a three-foot embankment and continued through a grassy area behind East Moreland Trailer Park before it struck a large ditch, which sent the object in the back of the truck across the roadway, as the driver continued driving through yards between the trailers.

Humes drove off of two more embankments and wrecked in a creek before allegedly fleeing on foot, Kirkpatrick said.

Deputies continued the pursuit and found Humes hiding in a bush line at a residence. Sheriff’s Deputy Rob Oney arrested Humes, who was allegedly driving with a suspended operator’s license.

The large object taken from the residence wasn’t a refrigerator, but a gun safe, Kirkpatrick said. The contents of the safe were still secure, he added.

While searching Humes’ vehicle deputies found heroin, xanax and methamphetamine, along with a large amount of counterfeit bills, according to the Lincoln County Sheriff’s Office.

A Glock 22 40-caliber pistol was also found in the front seat, Kirkpatrick said, which was reportedly stolen from Garrard County.