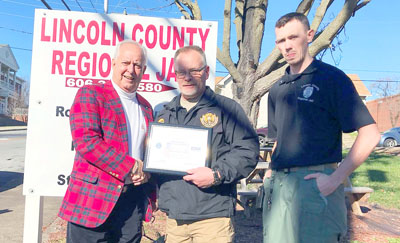 Lincoln County Jailer Rob Wilson was recently recognized by the Office of the Secretary of Defense and the Employer Support of the Guard and Reserve (ESGR).

Bill Roberts, Chair of the KY-ESGR, awarded Wilson with the Patriotic Employer award for contributing to national security and protecting liberty and freedom by supporting employee participation in America’s National Guard and Reserve Force. 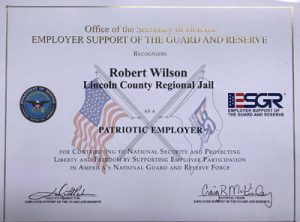