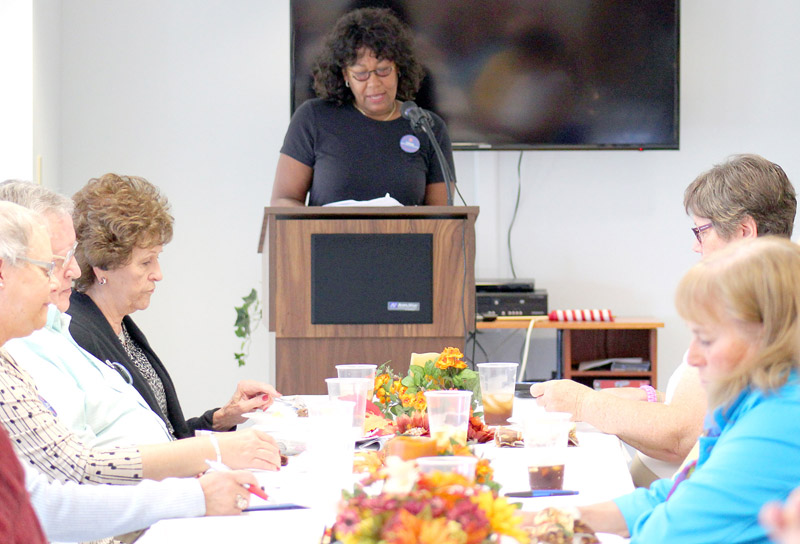 STANFORD – Velma Williams, a retired teacher from Louisville, has written many letters to congressional leaders and unions on behalf of retired teachers over the years.

Williams shared the contents of several of her letters with a large group of Lincoln County Retired Teachers Tuesday at the Senior Citizens Center.

While most of the recent discussion among teachers has been about Kentucky’s ongoing pension reform, Williams’ crusade over the years has specifically been to repeal the Windfall Elimination Provision (WEP) and the Government Pension Offset (GPO).

Williams said in 1983, Congress passed the WEP/GPO law which prevents public workers such as teachers, policemen and firemen, from receiving their full Social Security benefits – a year later, Congress voted to extend pension benefits to the legistlative branch, she added.

The 34-year legislation has been Williams’ motivation for sending letters to 42 different union groups across the U.S., many of which she says have “behaved like coronary blood clots that caused the flow of progress to the repeal of the WEP/GPO law to stop at the Ways and Means committee.”

The group encouraged members to contact local and state legislators to share their opinions and to be weary of where they get information regarding the state’s pensions systems and potential changes.

For more information on the proposed plan, visit http://kentucky.gov/Pages/Activity-stream.aspx?n=KentuckyGovernor&prId=493. Links to key highlights are provided at the bottom of the webpage.