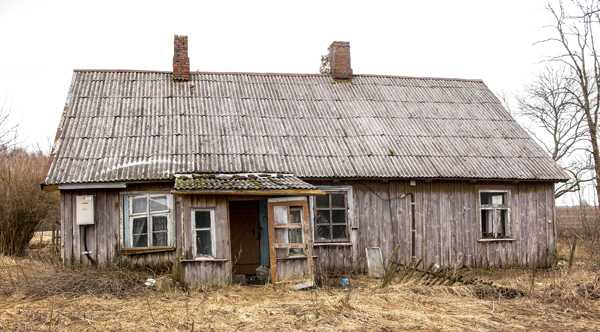 STANFORD – The Jim Crow era may be over but the residual effects can still be seen in Lincoln County and many communities across the country today, according to David Gambrel.

Gambrel, the county’s property valuation administrator, said there are about 300 properties in Lincoln County alone that are considered heirs’ land, or property handed down to family members without a written will. The majority of those properties – about 90 percent – are African-American owned.

That’s not a coincidence, Gambrel said. Following the end of the Civil War, freed African Americans began to purchase land and receive deeds in the United States, primarily in the South, but that suddenly stopped at the turn of the century as segregation spread.

“There was such an environment of separate but equal, us against them,” Gambrel said. “At about the time of the Jim Crow era, it’s like turning off a faucet.”

Gambrel said the sudden drop-off in deed records is an obvious sign of distrust and ultimate suppression of African American land ownership.

“The result you got is people who said, ‘We’ll just deal with it within our family. We don’t file a new deed, we won’t do a will,’” he said. “They quit recording their deeds.They quit writing their wills. They just handed down by word-of-mouth in family because that was the safest thing to do to keep from losing their property.”

Today, Gambrel said there are second-, third-, or fourth-generation landowners who are still not reaping the full benefits of their family’s land, despite being required to pay the taxes. It’s rare for banks to lend money for improvements to heir land, Gambrel added, which keeps properties from reaching their full potential.

It’s a suppression of wealth that all Lincoln County taxpayers should be concerned about, Gambrel said, especially heirs’- property owners.

“New houses aren’t built on heirs’ land,” he said. “Why should I be concerned about that? The more that wealth increases with land, the more the tax burden is spread around.”

Gambrel said a family in Boneyville recently had an opportunity to sell property to a cell tower contract in excess of $100,000 but they couldn’t because the land was in their grandmother’s name.

“This is suppression of wealth. For most people, their largest investment, their greatest method of hanging on to their earnings, is their real estate,” Gambrel said. “When a family gets told, ‘Well you can’t have this $100,000 because you don’t own the land, your great-grandmother did…’”

For several years Gambrel has been spreading the word about heirs’ land and attempting to close the gap in records to identify living heirs and co-owners of property in the county.

“I have made a great deal of effort, with some success,” he said. “First, you have to find the deed to the person who actually owned the property. I have greatly narrowed that down. That’s something tangible that I can do.”

Gambrel said the list is down to about 100 county-wide that are still lacking a deed of reference but he still comes across new ones.

“For example, I just found a deed – there’s a whole cluster of African American property in Geneva,” he said.

Sometimes the work requires a close look at census data, he added.

Once the deed is found, Gambrel said he then determines when the owner died.

“It helps if they had a will. If they didn’t have a will, then Kentucky law is very specific about who your heirs are and at that point, you have to file what’s called an affidavit of descent,” he said.

The affidavit identifies who the persons’ heirs were and what percentage of the property they inherited.

“You basically have to be able to trace your family tree forward,” he said. “Then you have to carry that forward and then you have to make the monumental decision of, ‘What are we going to do with it?’”