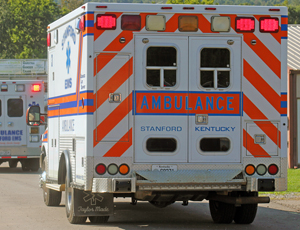 STANFORD – State police are investigating a crash involving two cars Friday morning that resulted in the death of one woman.

According to Kentucky State Police, 38-year-old Angela M. Peters, of Danville, died as a result of her injuries and was pronounced dead by the Lincoln County Coroner at Fort Logan Hospital in Stanford.

It was just before 9 a.m. Friday when state police were contacted in reference to the collision.

According to the investigation, 24-year-old Jerry L. Day, of Stanford, was traveling west on Hwy. 78 in a 2004 Chevrolet Pickup truck when he pulled into the oncoming lane of traffic as he passed a vehicle turning onto Elliot Brother Road.

Day was transported to the University of Kentucky Hospital with non-life-threatening injuries, according to the Kentucky State Police press release.