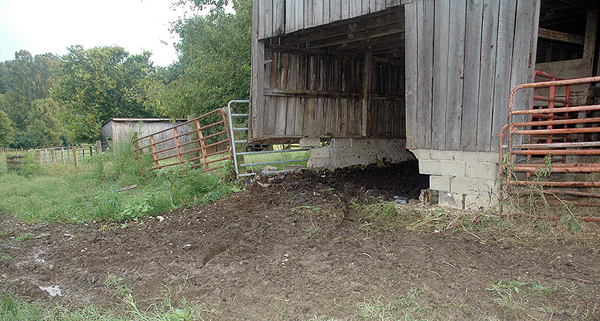 Photo courtesy of Lincoln County Sheriff’s Office Deputies arrested a man for driving under the influence after his truck left the roadway and crashed into a barn on Ky Hwy 78 Tuesday.

STANFORD – A man was arrested Tuesday for allegedly driving under the influence after his truck left the roadway and crashed into a nearby barn.

David Matthews, of Harrodsburg, was arrested Sept. 5 by Lincoln County Sheriff’s Deputy Michael Mullins following the crash on Ky Hwy 78. Mullins said it was about 6:45 p.m. when he responded to the scene.

“He (Matthews) said his tire blew out, but it’s unclear if his tire blew out before he left the roadway or after. When he overcorrected he struck a fence, went down an embankment and then into a barn,” Mullins said.

The barn was damaged by the Mazda pickup truck but the total cost of those damages wasn’t immediately known, Mullins said.

“It did some damage to the foundation. The barn had block foundation on it and it tore a lot of the block out,” he said. “I asked the owner but he said he wouldn’t know until he got an estimate on how much it will cost.”

Matthews allegedly admitted to being under the influence of suboxone and marijuana, Mullins said. No other vehicles were involved in the accident and Matthews was the only person in his truck, according to law enforcement.

Mullins said Matthews was taken to the hospital for examination before being treated and released. He was lodged in the Lincoln County Regional Jail but has since been released from custody, according to jail records.

Matthews was charged with operating a motor vehicle under the influence and driving with a suspended operator’s license. 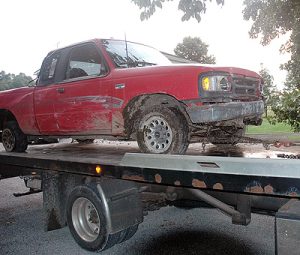