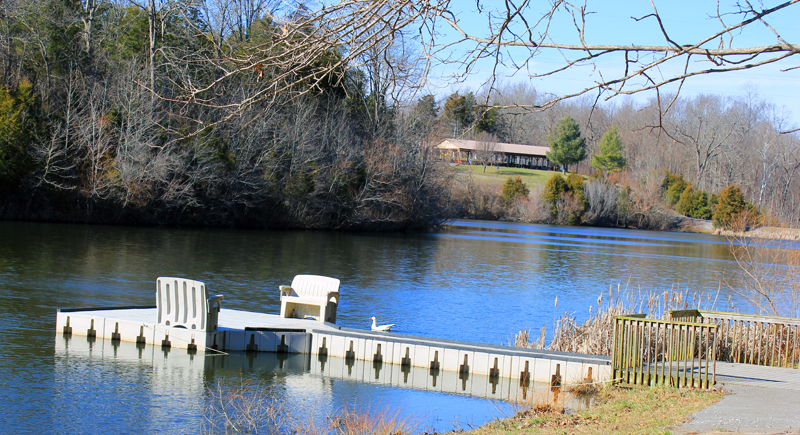 Photo by Abigail Whitehouse A swan swims the edge of the 12-acre lake at Logan Hubble Memorial Park. 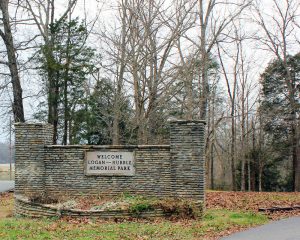 Photo by Abigail Whitehouse
Past the Logan Hubble Park entrance there are a variety of paths for walking, running, biking and horseback riding, as well as other areas for activity including a basketball court and outdoor playground.

STANFORD – After receiving a grant to acquire new property, Logan-Hubble Park is expected to expand by about 118 acres.

The park, located on the Garrard-Lincoln County line and maintained by both fiscal courts, is nearly 400 acres today.

“They were impressed enough that they wanted to come tour the property,” Adams said. “So there were about six (people) from Frankfort from various departments who came and we walked the property on two different ends. It’s rough because it hasn’t been maintained in years. But it’s pretty. It has a creek that runs down the middle of it and it’s got Dix River frontage. It’s really a nice piece of property as far as preserving to match up with the park.”

Adams said he attend a meeting in Frankfort, along with Vanhook and Garrard County Judge Executive John Wilson and following the meeting, received notification that the project was approved through the program for up to $300,000.

“That doesn’t mean you’re going to get $300,000,” Adams said. “They’ll send us a list of appraisers and we will choose two of those, two people from the list to have the appraisals done. I guess, if they’re close enough, they’ll agree on what we’re supposed to do, or how much we’re allowed to offer.”

The owner of the 118 acres lives in Louisville, he added. Aside from a small area in the back located near a subdivision that has been mowed occasionally, Adams said no other maintenance has occurred on the property in the last few years.

“There’s nothing on the property. The fence is pretty much gone. They haven’t had cattle on it for years and years,” he said.

Adams said both counties are waiting to receive the list of appraisers to pick from and another meeting in Frankfort has been scheduled to begin constructing the agenda for the project.

“Ironically, the property is pretty much half and half, Garrard and Lincoln,” he said. “The property line runs right through the middle of it so it couldn’t have worked out better. I think the landowner will be cooperative and negotiate, as long as the appraisers are reasonable.”

The project is one that Adams is excited about, he said.

The close-to-400-acre park and nature preserve currently offers a package of outdoor activity, from paths for walking, running and biking to outdoor playgrounds, disc golf, horseback riding trails and a 12-acre lake.

Adams said the lake is stocked regularly now, thanks to the Kentucky Department of Fish and Wildlife Resources’ Fishing in Neighborhoods Program (FINs).

“It’s a nice place,” Adams said. “We’re in that FINs program now and they stock it twice a year with about 1,800 catfish and, of course, they stock trout there. It’s a nice little fishing lake, there’s a lot of people who fish it.”

The park is also home to several clubs, including the Central Kentucky Beagle Club, which works to promote the breeding and training of AKC registered beagles as hunting hounds. The club hosts several beagle trials each year.

There are multiple picnic areas and pavilion spaces. There are also educational outdoor classroom areas and playground equipment.